Authorities say the deadly attack occurred just after midnight at the A&B Quickstop along U.S. Highway 25E in Gray.

Kentucky State Police say a man entered the store and pointed a gun at the clerk.

Authorities say a bystander, 25-year-old Gary Medlin, was attempting to flee the store when the suspect fired several shots at him.

Per @kystatepolice this is Gary Medlin, the young man and father of two shot and killed outside the A&B Quick stop in Gray. Latest on the search and the robbery at this A&B location on Dec 10. @LEX18News noon. pic.twitter.com/fFBm6TncPG

Medlin died as a result of his injuries.

After the shooting, the assailant fled the scene.

KSP later said that an individual posted on Facebook saying the suspect has been arrested. They said in a press release that this is not true and there is no new information at this time.

KSP is asking for the public’s assistance in locating Phillip Lee Lewis III in connection to the murder. Lewis is 24-years-old, 160 pounds with brown eyes and black hair. Lewis is a black male with a tattoo on his right forearm and the left side of this chest. He is considered armed and dangerous and is currently wanted out of Mississippi for a probation violation warrant. He has known connections to Michigan and Mississippi. 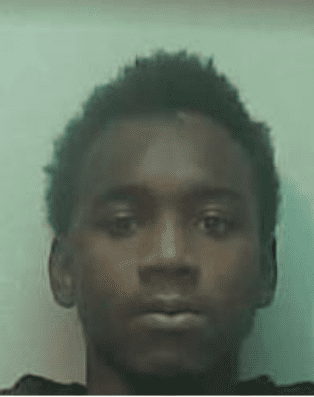 Police say this is the man they’re looking for in connection to the shooting death of Gary Medlin in Knox Co. ⁦@LEX18News⁩ pic.twitter.com/tB1ifTIcey