SHELBY COUNTY, Ky. (LEX 18)– Back in December, Dixie Rose was left paralyzed and abandoned at a dumpsite in Floyd County. Since then, she’s made huge strides.

“When we got her, she was dragging her back end,” said the beagle’s new owner, Sabrina Hoyt.

Her hind legs were completely paralyzed when she was found, but in less than a month, Dixie Rose is walking again. Her vet said she likely suffered from a disk injury, which left her only temporarily paralyzed.

“She’s just so sweet. She’s so loving after everything she’s been through,” said Hoyt. “It’s just amazing how resilient they are with just a little love, and some good food, and some attention, and the opportunity to be the dog that they are meant to be. It’s just so heartwarming.”

When Dixie Rose was adopted, no one knew she was pregnant, but Hoyt said she watched in amazement as Dixie Rose’s belly grew.

Hoyt decided to ask the vet to check it out.

“He called me up and said, ‘we have four little babies in there’,” she said.

Dixie Rose gave birth less than a week after they found out she was pregnant. She lost one pup, but she’s now the proud mom of three healthy puppies.

Hoty was worried that Dixie Rose might not be able to give birth, or that giving birth might cause paralysis again.  Just like with everything else in her life, Dixie Rose surpassed everyone’s expectations and she is just fine.

The puppies will eventually go up for adoption through the Rescue and Freedom Project, but they hope to keep the pups local to Kentucky. 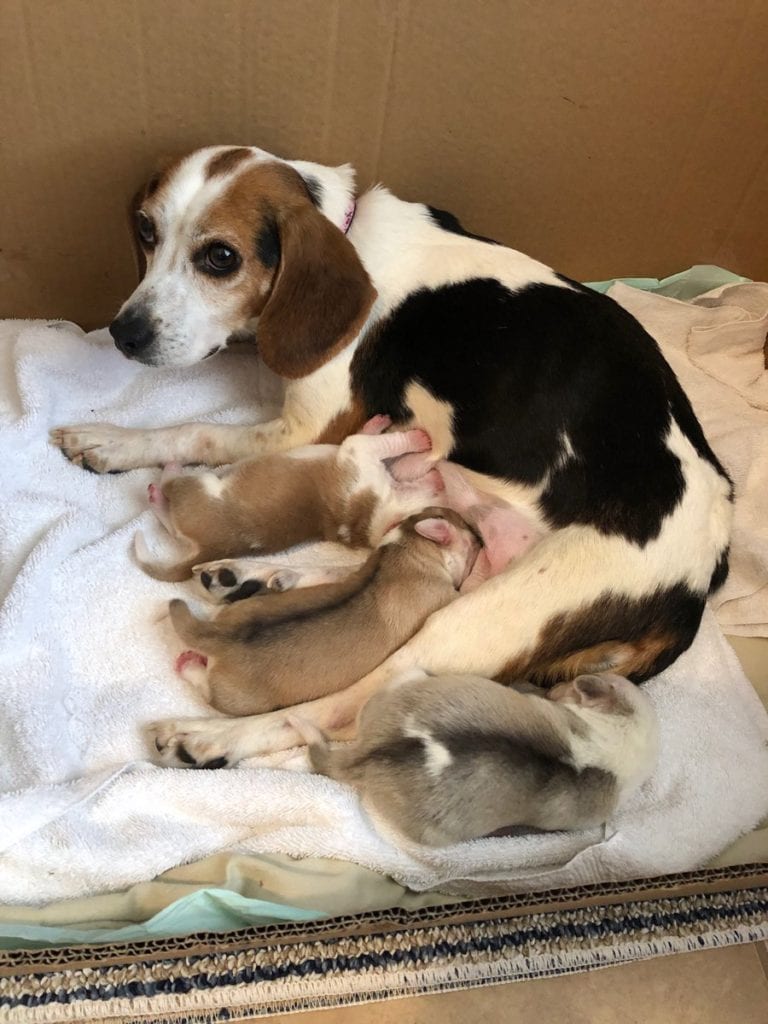