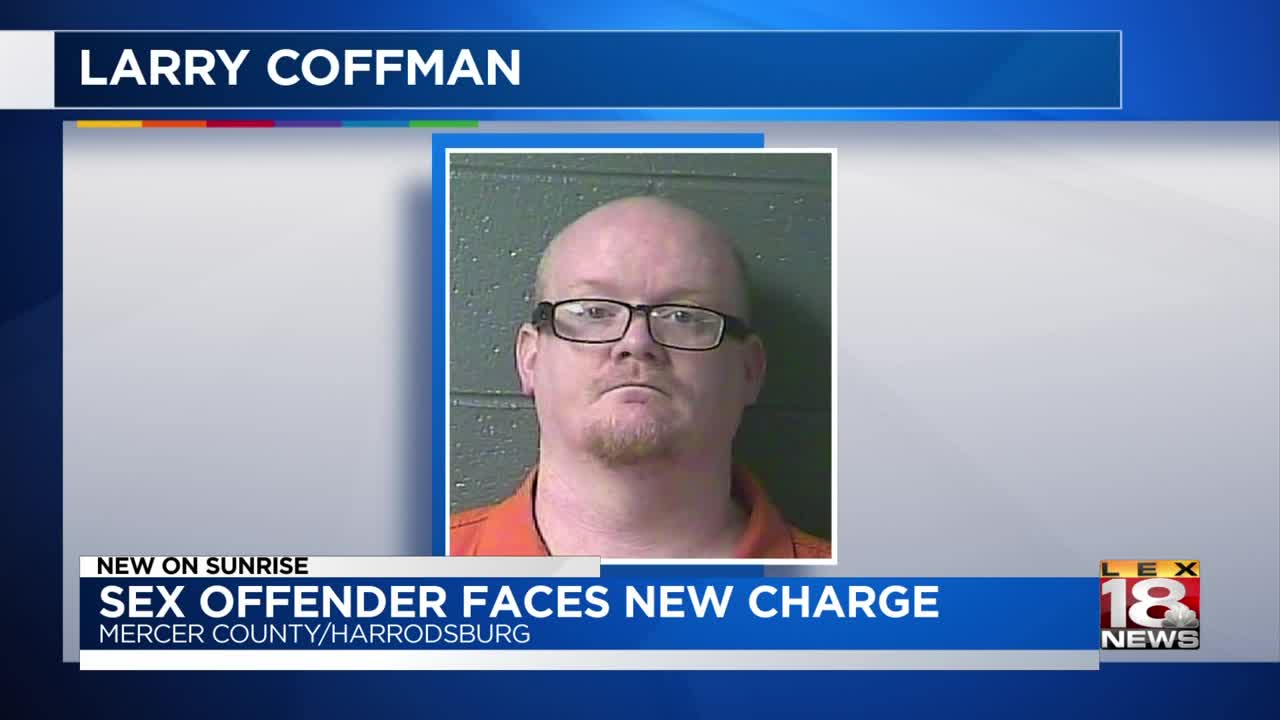 HARRODSBURG, Ky. (LEX 18) — A registered sex offender from Mercer County was back in jail after police accused him of approaching a female juvenile online.

Police accuse 35-year-old Larry Coffman of Harrodsburg of making lewd and sexual comments to a girl through social media.

Authorities arrested Coffman on Saturday and charged him with unlawful transaction with a minor.

Coffman was sentenced to 12 years in prison. The victim in that case was 11 years old, officials said.