Suspect In Robbery, Attempted Murder Shot By Trooper After Chase 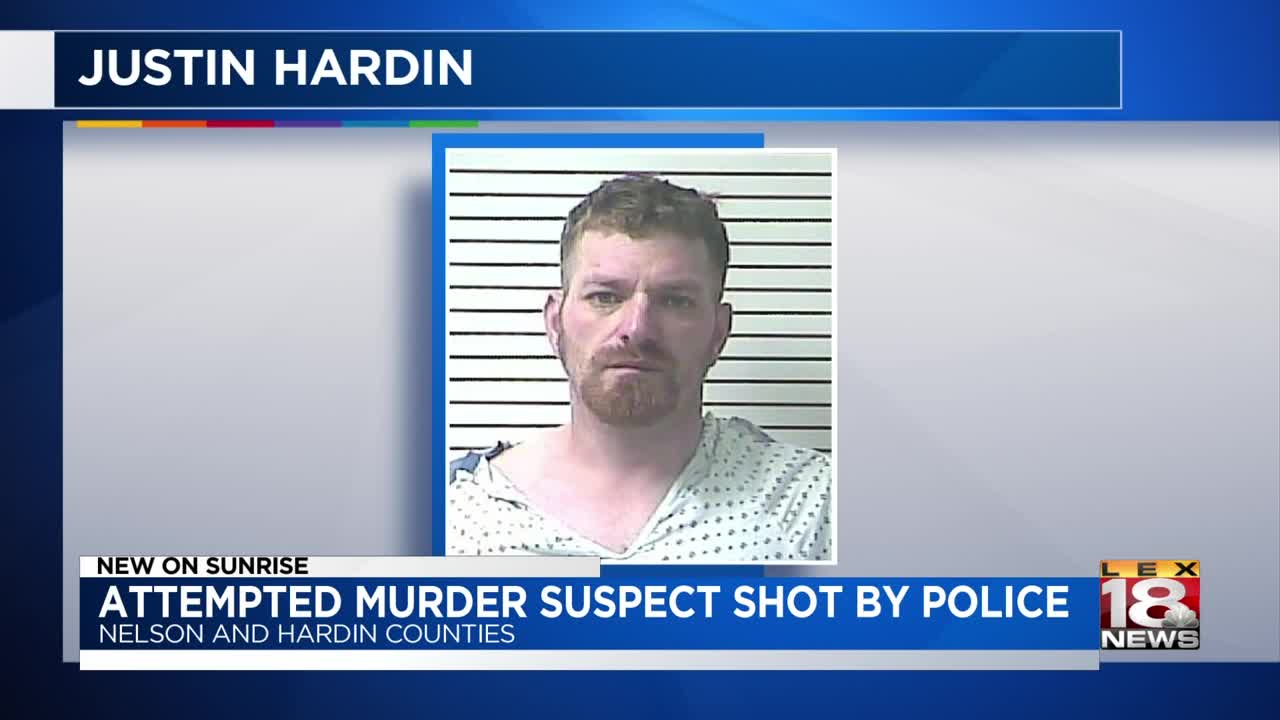 NELSON COUNTY, Ky. (LEX 18) — A robbery and shooting sparked a chase across two counties that ended with a suspect shot by police.

Around 2 p.m. Saturday, a man was shot in the head during a robbery at a home in Nelson County, officials say.

The chase ended when the suspect’s vehicle crashed into a Waffle House. Officials said the suspect continued to disobey police commands and at some point a trooper shot him in the leg.

Hardin was charged with attempted murder, burglary, theft, cocaine possession and several other offenses related to the case.