(LEX 18) — Kentucky author Kevin Sullivan has written three books about notorious serial killer Ted Bundy, and a fourth is coming in March. The Louisville man’s books have helped shape many of the stories told about Bundy.

“I had a guy from Hollywood call me and say, ‘looks like Reelz was using your book!’ cause of everything that was in there,” said the Bundy biographer. 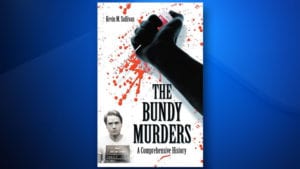 It has been 30 years since Bundy was executed. Sullivan said that Bundy was a clean-cut, good-looking, intelligent person, which was something people didn’t think about when they thought about serial killers.

“It’s that outward Bundy that is so appealing,” said Sullivan. “Yet the inward Bundy was so diabolical. It’s hard for people to understand that.”

At the time, Sullivan said that most seemed to think Bundy’s carnage was confined to the state of Washington.

“The documentarians are looking into where he was really pulled out of the shadows, which would be Utah. The Colorado investigation,” he said.

Bundy was ultimately executed in Florida on Jan. 24, 1989. It was on death row that he confessed to murdering around 30 people throughout the years.

Sullivan said Bundy offered to “give it up” after he had exhausted all of his appeals.

A new Netflix documentary is now available to watch. It is called, “Conversations with a Killer: The Ted Bundy Tapes.”