(LEX 18) — A nationally known search and rescue team that helped look for a Kentucky woman killed in a flood is hoping to find another Kentucky woman who has been missing for almost a month.

Pepper and her handler, Toney Wade, with Cajun Coast Search and Rescue, arrived in Lexington on Tuesday morning. Pepper is highly trained in tracking, trail and water searches.

They are here to look for missing Richmond mother Savannah Spurlock. The Richmond mother of four has been missing for almost a month after leaving a Lexington bar. Security cameras showed her walking with two men. Police say that a third man has also been identified and questioned along with the other two, but the men deny having anything to do with her disappearance. 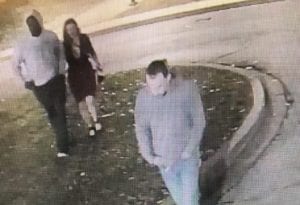 Wade said Pepper can detect a scent in water up to 87 feet deep. Members of Cajun Coast Search and Rescue will meet with Richmond Police to map out a plan for where to begin their search.

Wade has conducted thousands of searches across the country. He said that his group’s job is to search so that police can investigate.

“Looking back over the years, there’s something that will catch our eye and we’ll coordinate area with police, and pull out an eye that stands out to us and hit it hard and heavy,” said Wade.

Pepper is a highly trained search dog with Cajun Coast Search & Rescue. She is in town to look for missing #SavannahSpurlock @LEX18News pic.twitter.com/SvBILkxFdi