(WBIR)– Authorities in Tennessee are asking for help in the search for a Tennessee man that disappeared in Kentucky in 2018.

William Cross, who was 29 when he disappeared,  was last heard from on May 18, 2018. Authorities said he had been talking to a family member on a cell phone when the call disconnected.

WBIR reports that Cross was dropped off on Williamsburg Street in Whitley City, Kentucky.

No one has heard from him since.

Cross is described as 6 feet tall with blue eyes, brown hair, and he has tattoos on his neck and arms. 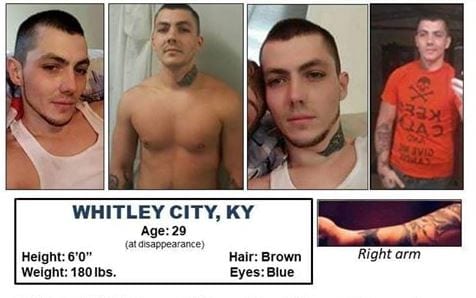