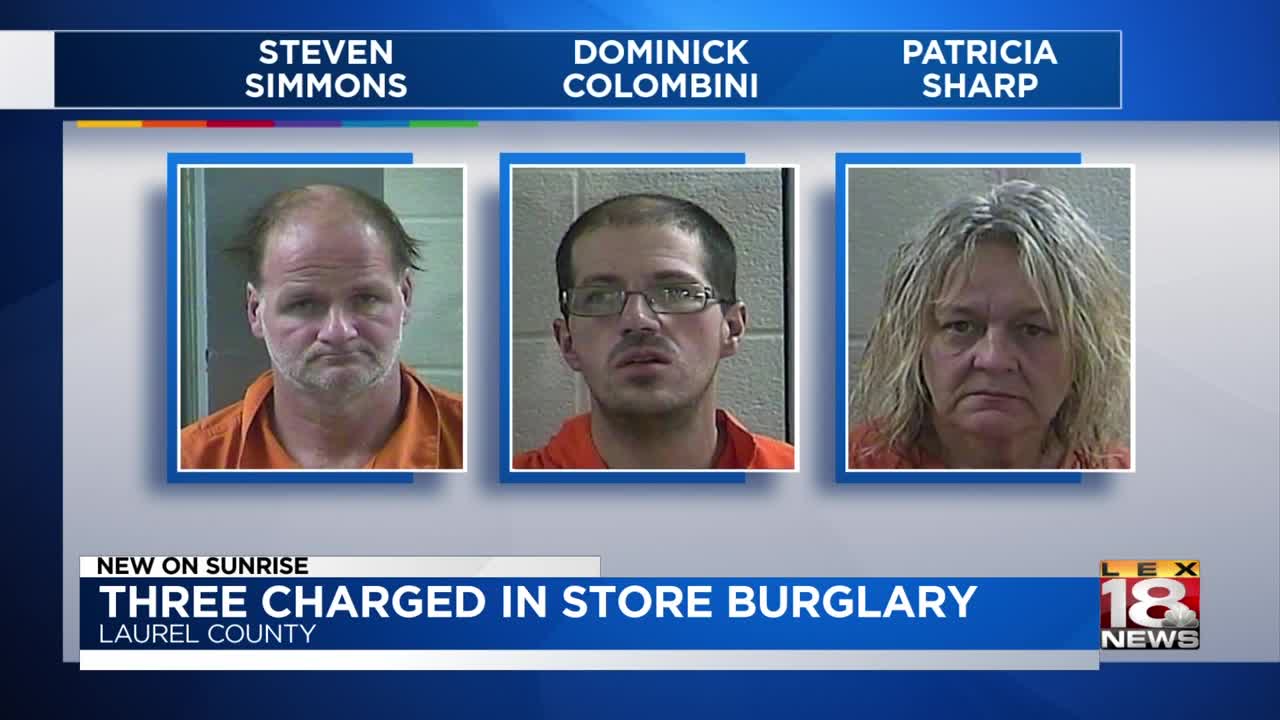 LAUREL COUNTY, Ky. (LEX 18) — Three people have been arrested in connection with the burglary of a convenience store in Laurel County.

After sharing images taken from surveillance video with the media and on Facebook, deputies received numerous tips.

Those tips lead them to pull over a Ford Bronco with Ohio tags.

Inside, police say, officials found change and cigarettes believed to have been taken from the store.