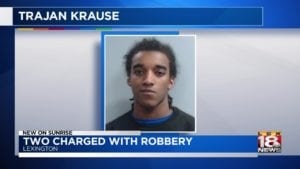 LEXINGTON, Ky. (LEX 18) — Police arrested two men after a man was robbed in his apartment at gunpoint.

Police say the pair went into a man’s apartment, saying they were looking for stolen items. 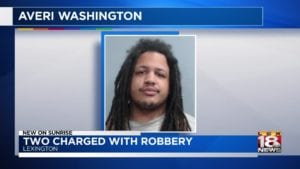 Washington is accused of pointing a gun at the man while Krause took the man’s keys.

They also face a drug trafficking charge, after police allegedly found 64 grams of cocaine in their possession.