Neighbors Come Out To Paint Over Hate At Louisville Hindu Temple 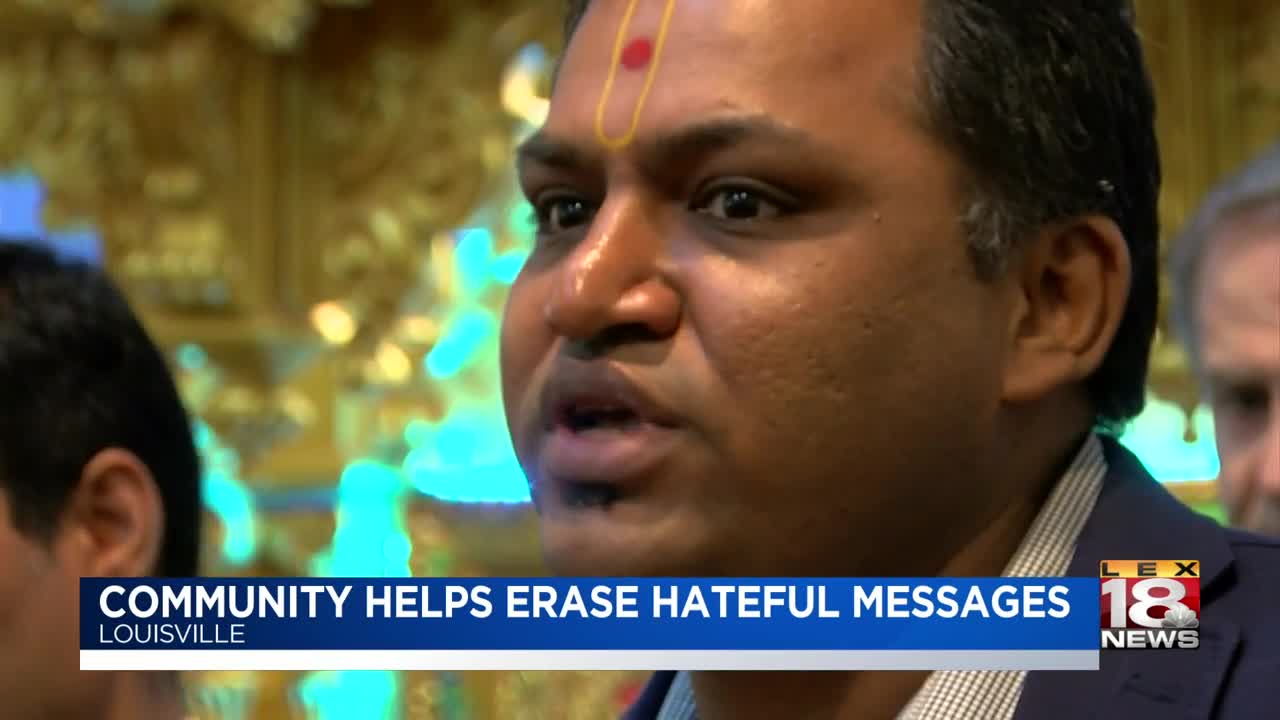 LOUISVILLE, Ky. (WAVE) — People showed their support for members of a Louisville Hindu temple after it was vandalized with graffiti — some of it with hateful messages.

WAVE reports that more than 30 people showed up at Shree Swaminaraya Temple to help paint over the messages that were discovered their on Tuesdays.

Attorney General Andy Beshear and Gov. Matt Bevin — both contenders for the governor’s office this year — both attended.

Many people wrote messages of love onto paper to leave for the temple members.