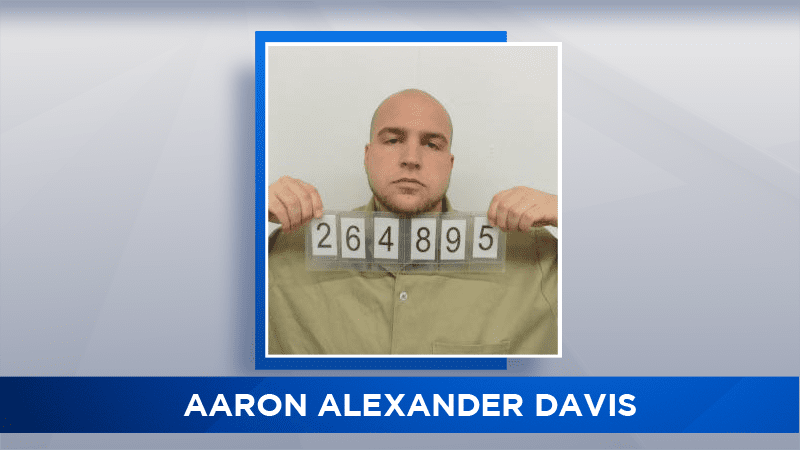 FREDONIA, Ky. (LEX 18) — Kentucky State Police said Sunday morning that an inmate who escaped a western Kentucky prison has been taken back into custody.

Officials said a tip from the public lead them to find 25-year-old Aaron Alexander Davis of Paris around 9:15 a.m. in a Caldwell County field. Authorities said Davis was charged with second-degree escape.

Davis was serving time for burglary and weapons charges.