Family of Murder Victim to Fight Inmate’s Motion in Court

GEORGETOWN, KY (Lex 18) – Family members of a murdered Scott County teen said they will fight tooth and nail to stop the early release request by one of the people convicted in the crime.

Dena Williams is serving a 25-year sentence for helping carry out the murder of Ashley Lyons in 2004.

On Monday, Lyons’ family members said they attended a hearing where Williams filed a motion to request an early release from prison.

“There’s no sentence that’s long enough when you take someone’s life,” said Carol Lyons, Ashley’s mother. “My daughter doesn’t get to come back. She didn’t get probation. She didn’t just appear today because she wanted to come back.”

Her ex-boyfriend, Roger McBeath, was convicted of the crime but the conviction was overturned. He was re-tried in 2009 and was sentenced to 42 years. 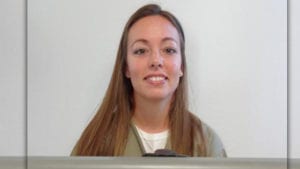 In 2005, Williams, who was McBeath’s girlfriend, pleaded guilty to helping carry out the plot to kill Lyons. Now 33-years-old, Williams is in the Kentucky Correctional Institute for Women and is up for parole in December of 2021.

“Just because she did some programs in jail and she feels remorseful now and she said she’s sorry in the courtroom, that gives her the right to get out early?” Lyons asked.

Lyons said he will write a letter to the judge in hopes of persuading them to not grant the motion. He and his mother hope others will too before the next hearing in April.

If you would like to lend your support to the family, you can email phoenix14@prosecutors.ky.gov.