LEXINGTON, Ky. (LEX 18) — Hepatitis A remains a problem across Central Kentucky, but the Lexington-Fayette County Health Department says that the numbers are showing some improvement.

“If you’re looking at those numbers, one per day is not bad,” Hall said.

The biggest improvement Hall said he has seen is that restaurant workers are getting vaccinated.

He said that getting vaccinated is not the only thing that can be done to help.

“We want to wash our hands frequently,” Hall said. 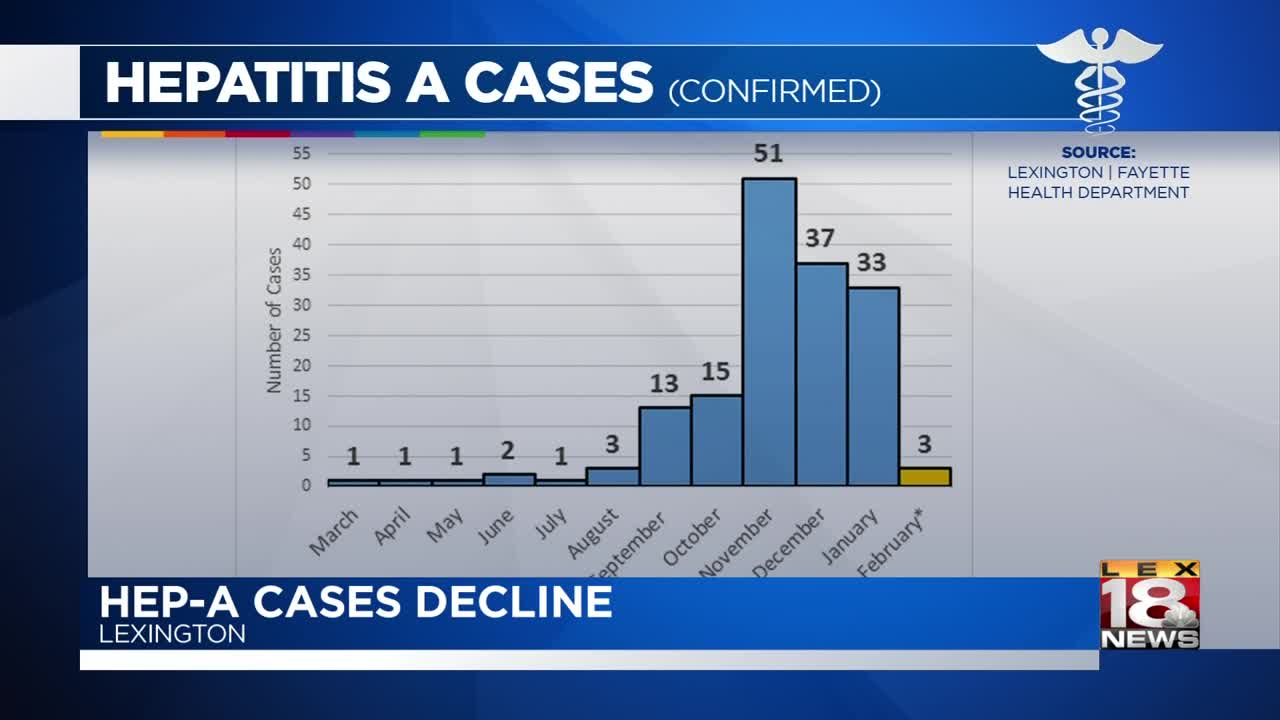