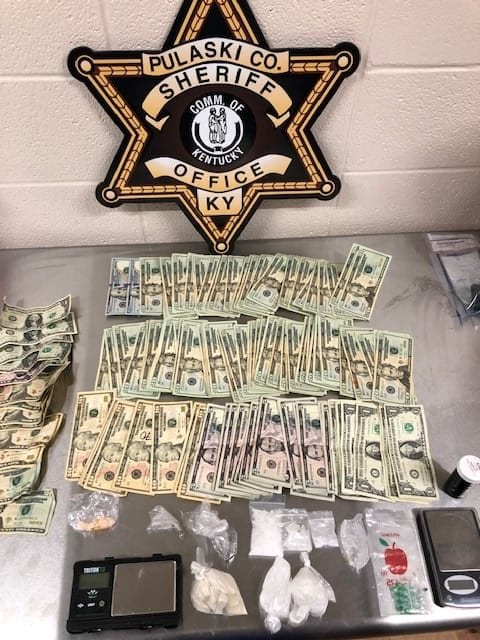 PULASKI COUNTY, Ky. (LEX 18) — Authorities in Pulaski County said Wednesday that three men were charged with drug offenses in a case that began with a traffic stop.

Speck said Deputy Steven Alexander pulled over Tommy Wayne Vaughn Jr. after observing the 2006 Chrysler 300M he was driving had a malfunctioning headlight.

Alexander suspected the presence of illegal substances in the vehicle but Vaughn would consent to a search, Speck said.

A K9 unit was called in and provided a “positive alert” leading to the vehicle search, Speck said. The search turned up about 14 grams of suspected heroin, 25 grams of suspected methamphetamine, drug paraphernalia and $2,000 in cash, authorities said.

Subsequent to Vaughn’s arrest, an investigation by the Narcotics Division lead to the granting of a search warrant for a home on Waycross Street in Somerset.

Two juveniles in the residence were remanded to the Department of Community Based Services.

Vaughn also was charged with moving violations and Shumaker with promoting contraband.