ESTILL COUNTY, Ky. (LEX 18)– Plans for a railroad museum in Estill County are moving full steam ahead with parts of the groundbreaking center slated to open to the public as early as this summer.

The 1969 Chesapeake and Ohio Railway caboose has made an eye-popping transformation.  CSX Transportation unveiled the caboose in Huntington, West Virginia this week, before it starts its new chapter in Ravenna, Kentucky.

“They basically took it down to bare metal, and it’s a stunning example of what can be done to restore historical equipment,” said Chris Campbell, President of the Kentucky Steam Heritage Group.

CSX employees restored the showpiece in less than a year and it is figured to feature prominently in the future Kentucky Rail Heritage Center, soon to undergo its own radical transformation, from a former CSX railyard to a community space with a music venue, a restaurant, and a museum dedicated to the region’s rich railroad history.

“Everything displayed here is going to be a testament to the heritage of the people who did what they did many years ago,” said Jerry Rose, a UK professor of Civil Engineering.

People like Jerry Rose’s father, who worked for the railroad for 42 years, Rose is now working on the project’s development.

People who grew up in Ravenna are eager to see history come to life. 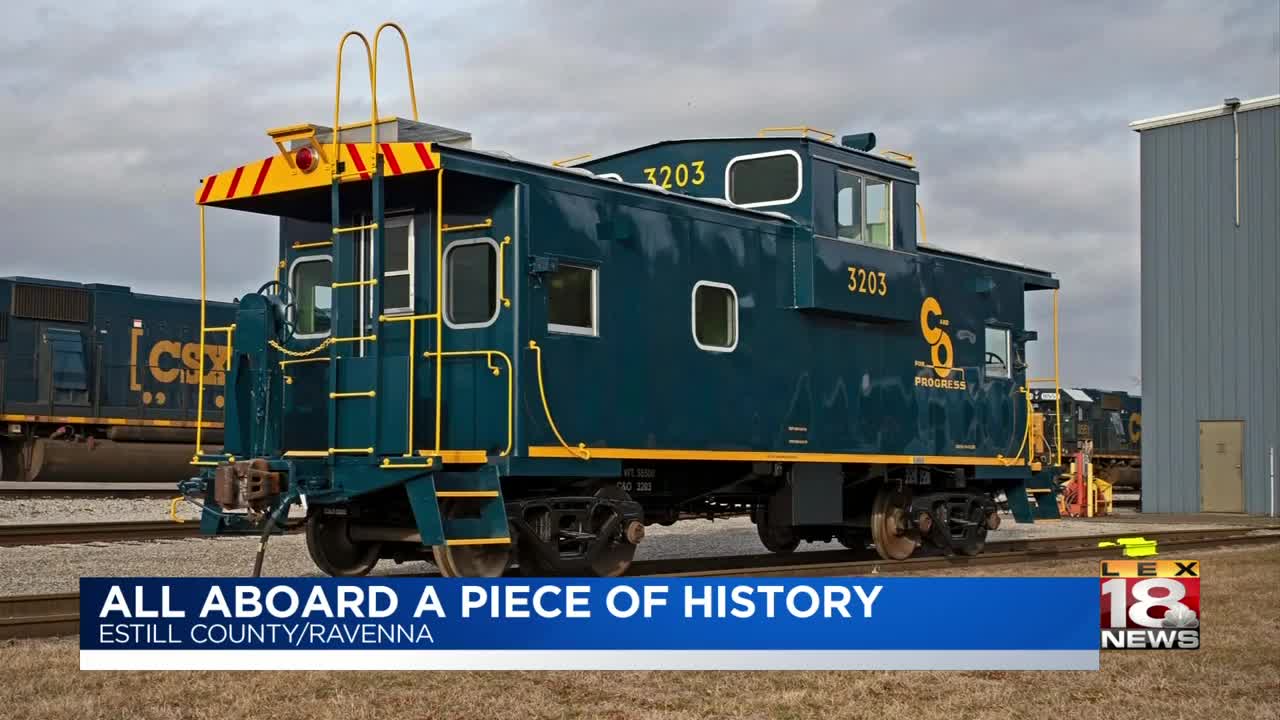