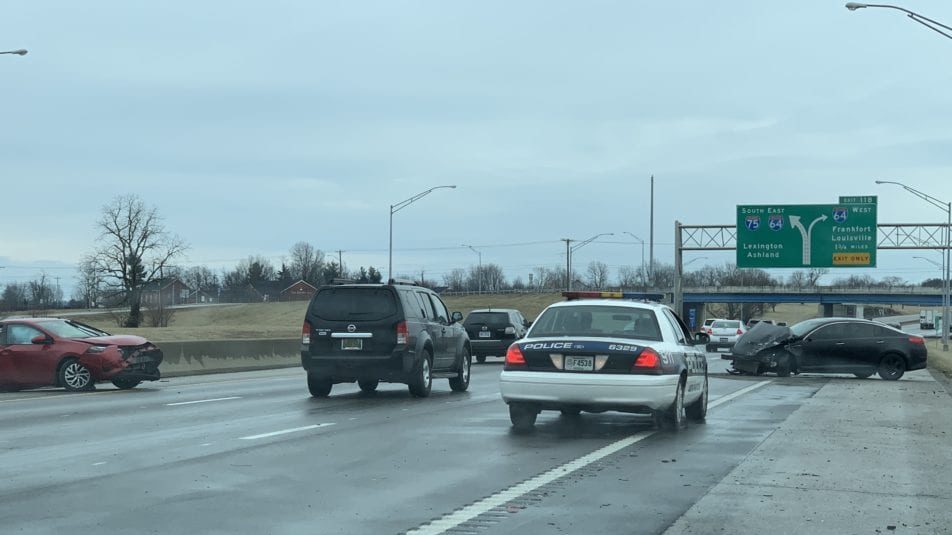 Kentucky Transportation Cabinet officials said a crash about noon in the southbound lanes of I-75 at mile marker 120 completely shut down traffic in that direction. Officials said the scene was cleared and the roadway reopened to traffic about 1:20 p.m.

Earlier another crash after 11 a.m. on I-75 in the northbound lanes near mile marker 121 snarled traffic for about an hour.

Another crash, this one in the southbound lanes I-75 at the 118 mile marker was bringing traffic to a crawl with one lane open. Salt trucks were brought in and all lanes in this area were reopened before 12:30 p.m.

Officials tell LEX 18 that the overpass at the I-75/Interstate Highway 64 split iced over, causing the hazardous driving conditions.