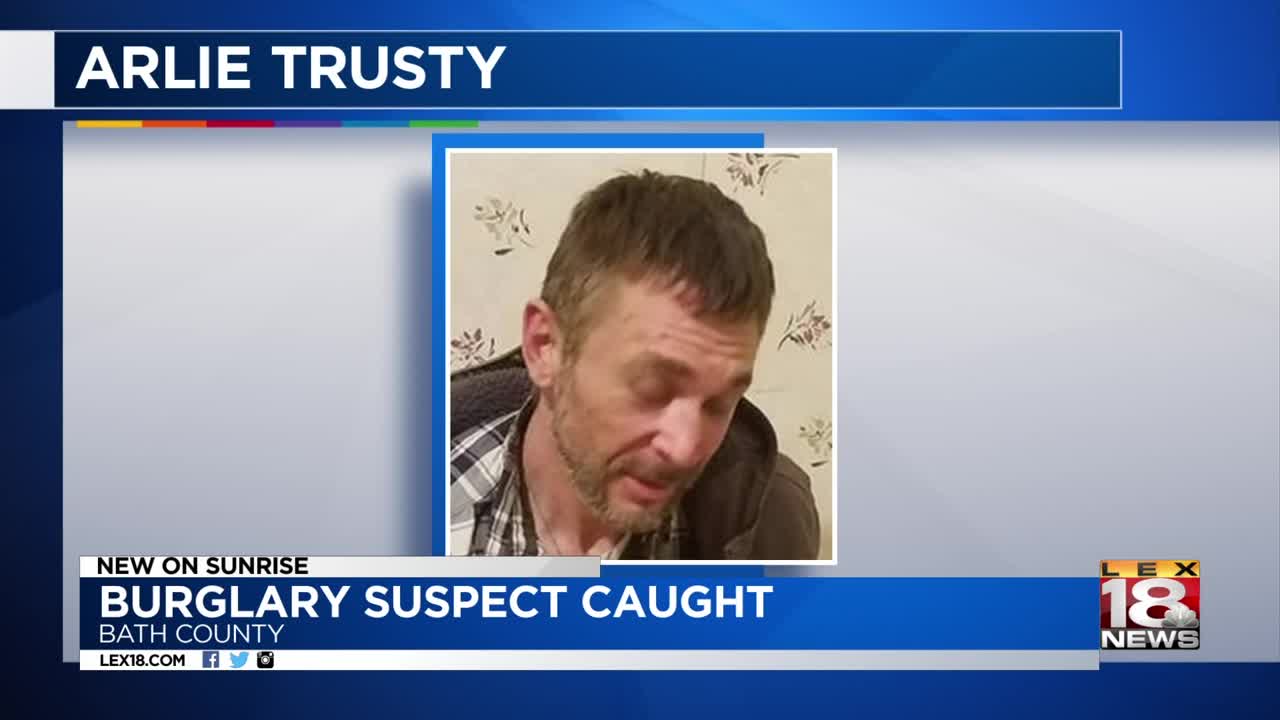 OWINGSVILLE, Ky. (LEX 18) — A man who allegedly ran from the scene of a burglary was arrested after two days on the run.

Police say he was one of two people who burglarized a building on Thursday but was able to escape approaching officers by running into nearby woods.

Police said they received a tip about Trusty’s whereabouts and another foot chase ensued. This time, officers arrested Trusty.

On a related note, police said they have recovered $8,000 worth of stolen items and returned them to their owners.