MADISON COUNTY, Ky. (LEX 18) — Richmond police were seeking the public’s help as they search for a man who stole roofing shingles from a Richmond family’s driveway.

Devon Sellers, who lives at the home, says that the thief was prepared. The thief backed a truck up into Sellers’ driveway Tuesday afternoon and started loading up.

“I got home about 6 last night and noticed one of the pallets was significantly shorter. So I was like, uh, of course, something’s happened,” said Sellers.

The pallets were full of shingles for Sellers’ roof, which had a hole in it.

The driver didn’t waste any time: In less than two minutes, 15 bags of shingles were loaded and driven away. The owner of the company says if it weren’t for the weather, the singles would have already been on the roof. About 400 dollars worth of shingles have disappeared.

“I don’t know if he’s already used the shingles, maybe we’ll get them back. So yes, the sooner we catch him. Hopefully, he’s not putting them on today,” said Mark Settles, the owner of Classic Drywall and other Classic Constructions.

Richmond Police are still looking for the driver, but thanks to Sellers’ security cameras, their job is a little easier.

“I actually have them on each side of my house, so we’re covered on all sides. But I just picked it up on Amazon and installed it literally about a month ago,” said Sellers. “I mean, a $90 investment to save … however much you save from a theft. It’s absolutely worth a $90 investment.”

If you recognize the truck or know anything about this crime, Richmond Police ask that you give them a call. 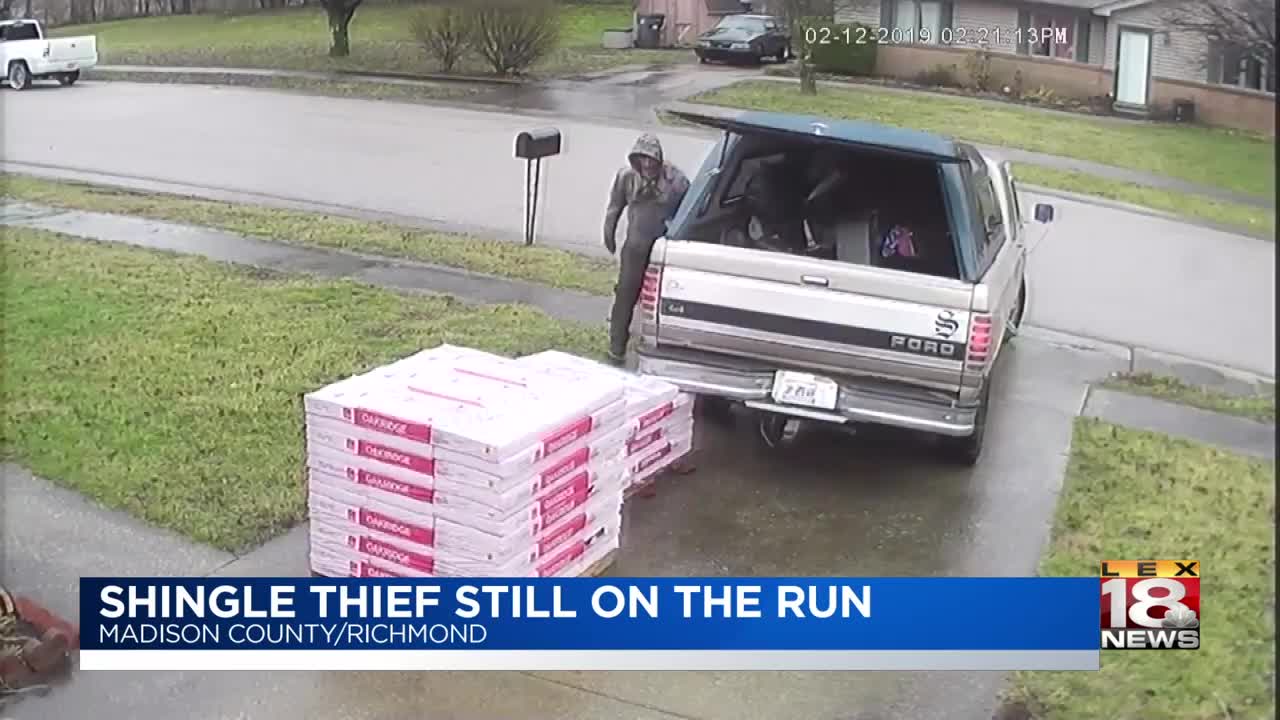