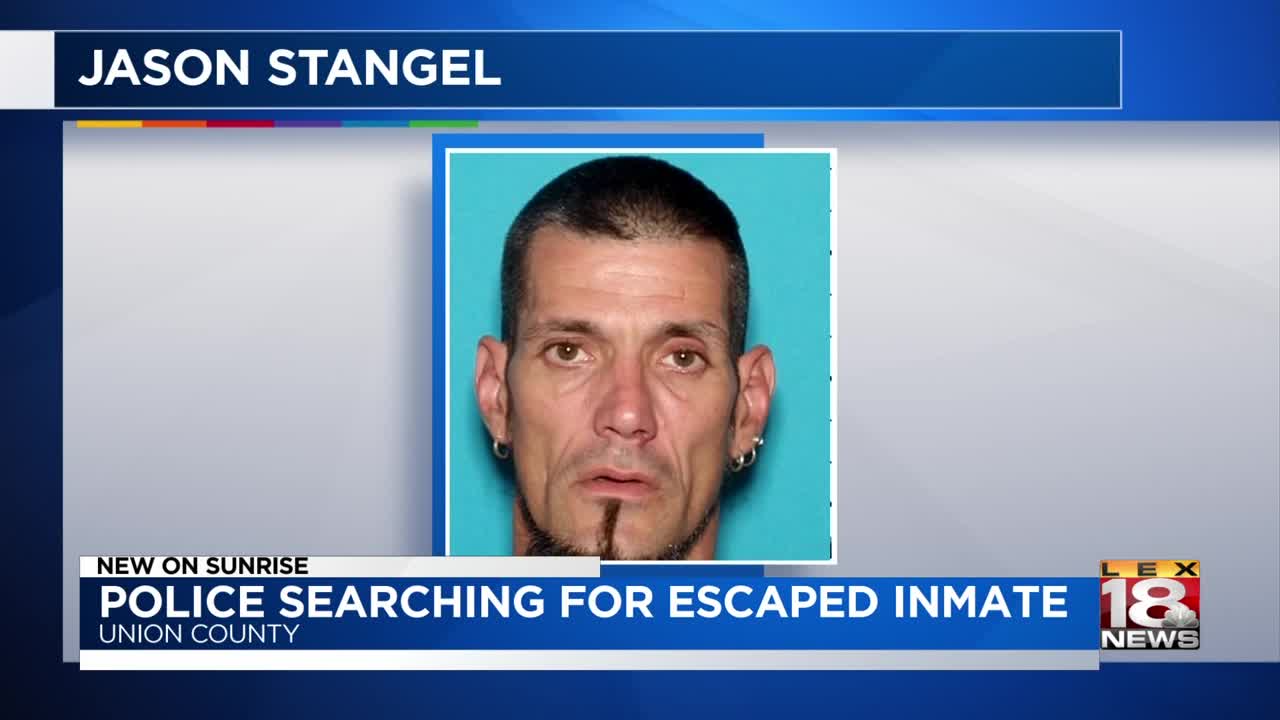 UNION COUNTY, Ky. (LEX 18) — Kentucky State Police said Saturday that an inmate has been recaptured after having walked away earlier in the week from the Union County Detention Center.

On Saturday, KSP Trooper Corey King said he had been recaptured.

Stangel had been granted work release and was out with a crew when he walked off.