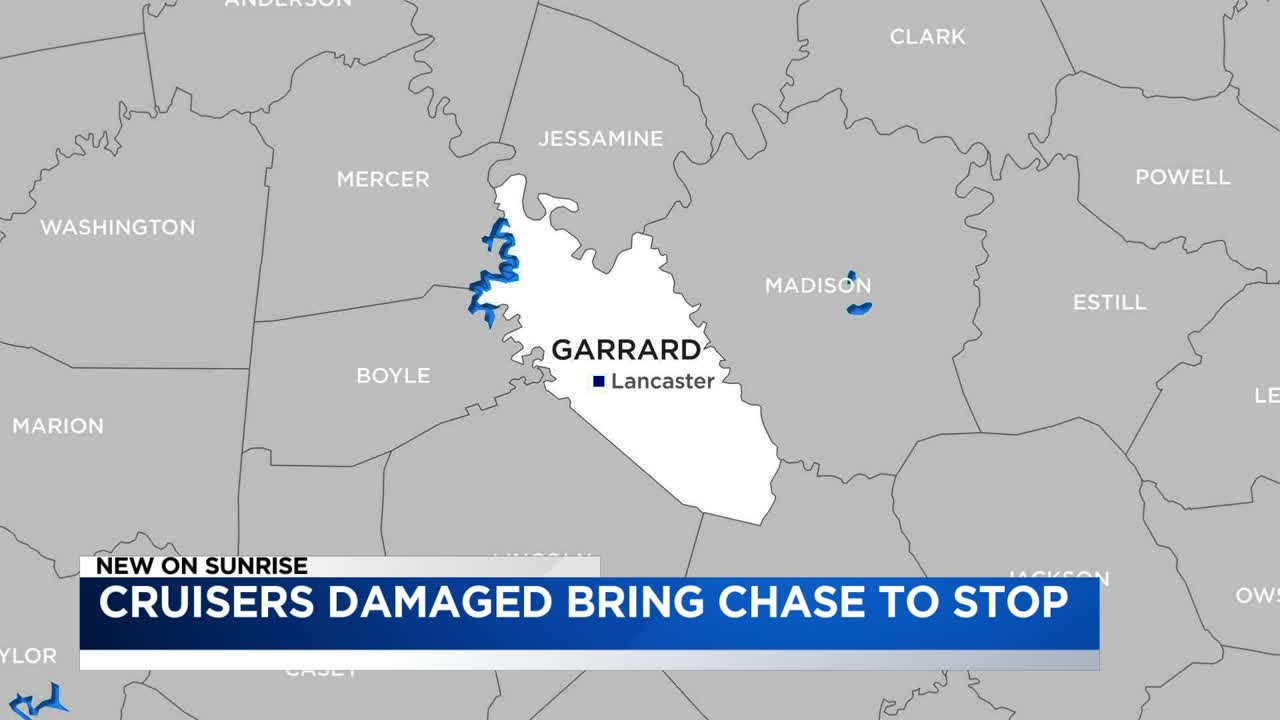 Authorities say the incident happened Saturday night after an officer tried to make a traffic stop and the vehicle sped away.

The department says two officers took protective action to bring the chase to a stop.

The suspect was arrested at the scene.

One police car was heavily damaged, as was he suspect’s vehicle. The other police cruiser had minor damage.

Officials said the suspect and officers suffered minor injuries in the incident.