LEXINGTON, Ky. (LEX 18) — A Lexington school and the soccer community are among many mourning after a crash killed two teenage brothers and left a third teen seriously injured.

Police believe that the car the teens were in crashed sometime before 4 a.m. Sunday, but police didn’t get called to the scene on Harrodsburg Road until a pedestrian saw the wreckage several hours later.

In an email to parents, school officials said that Roan and Neo Sanders were killed and that 18-year-old Bobby Puckett was transported to UK Hospital for treatment of serious injuries.

“This is the first person I ever met that was a part of me, he was a beautiful son,” said Mark Williams, the father of Neo Sanders.

“He wanted to win at everything. Every drill. Every game. But he always did so with a smile on his face, which is a bit of an anomaly,” said Coach Jason Behler. “He always wanted to get better. He was always one of the first people to show up at training all the time, and he liked to practice, which is another thing that’s also rare.”

Roan also competed in the state’s Olympic Development Program, and on Sayre’s soccer and basketball teams.

Behler told Roan’s teammates that Roan and Neo were killed in a crash on Sunday during practice.

“I’ve been through this before with other players, with students at Henry Clay. It’s never an easy conversation to have. It doesn’t get any easier. The guys just hugged each other, and tried to get their heads straight,” said Behler.

The Sayre basketball team will have a jersey dedicated to Roan on their bench for the game against Frederick Douglass at Henry Clay High School. There will be a moment of silence before tipoff.

Sayre’s director of communications released a statement on Monday, reading: “This morning, Sayre students and faculty gathered privately to reflect on two remarkable young men who brought joy, laughter, and kindness to our community. Our focus is on mourning and healing, and to provide support to our students, families, and faculty. Please respect our privacy as we grieve the passing of Roan and Neo Sanders.” 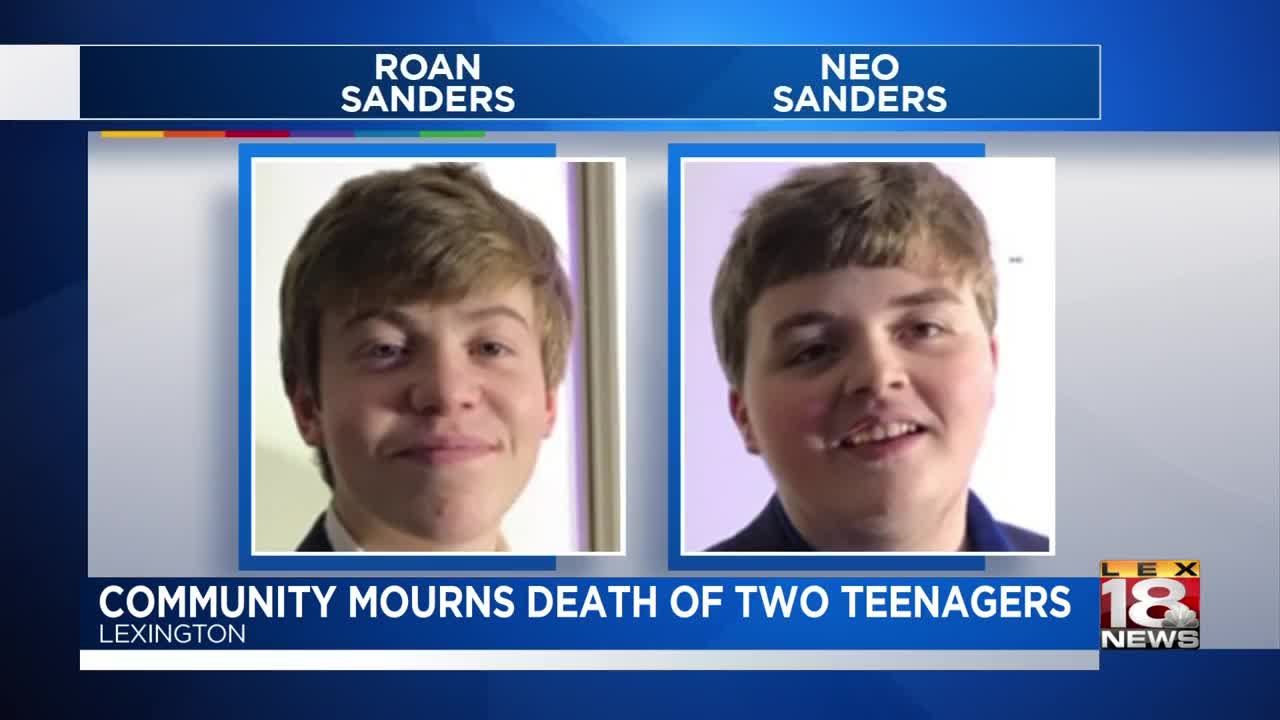