BARBOURVILLE, Ky. (LEX 18) — Kentucky State Police were investigating after the body of dead female was found in a shallow Knox County creek. 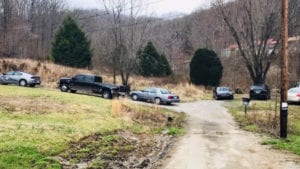 Authorities said police were alerted about 11:15 a.m. that the body had been found near Ed Harp Lane in Barbourville.

KSP says the body appeared to have been there for several days, based on early investigation and “the state of the body.”

Police said they are reviewing at missing persons cases but cannot yet confirm an identity for the dead person.

According to the Knox County Sheriff, 44-year-old Shannon Wombles was last seen on December 28th on Evergreen Road in Flat Lick.