Attorneys For Nick Sandmann File Lawsuit Against The Washington Post

The law firm Hemmer, DeFrank, Wessels, said in a post on their website Tuesday that attorneys Lin Wood and Todd McMurty filed the suit seeking $250 million in compensatory and punitive damages on behalf of the teen at the center of a viral video controversy. 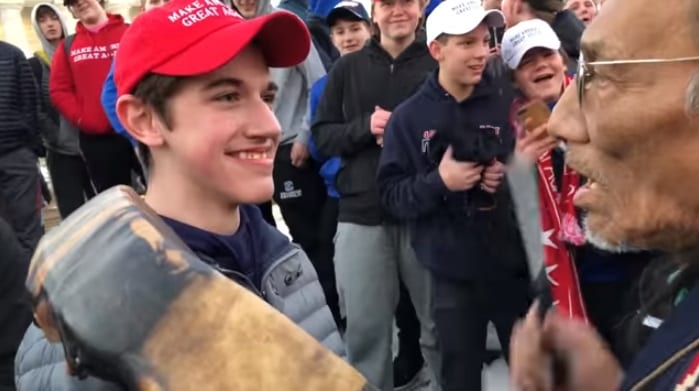 They write on their website, “this is only the beginning.”

The complaint, which can be read here, says that in the span of three days in January, the Post “engaged in a modern-day form of McCarthyism by competing with CNN and NBC, among others, to claim leadership of a mainstream and social media mob of bullies which attacked, vilified, and threatened Nicholas Sandmann.”

The complaint also claims that Native American activist Nathan Phillips “targeted and bullied” Nicholas and that Nicholas “stood quietly and respectfully for several minutes” during the incident on January 18.

The complaint ends by them seeking compensatory damages in the amount not less than $50,000,000, punitive damages in an amount not less than $200,000,000, that Sandmann “recover his reasonable attorneys’ fees and expenses from the Post,” that all “costs of this action be taxed to Post,” and that the Court “grant all such other and further relief that the Court deems just and proper including equitable relief.