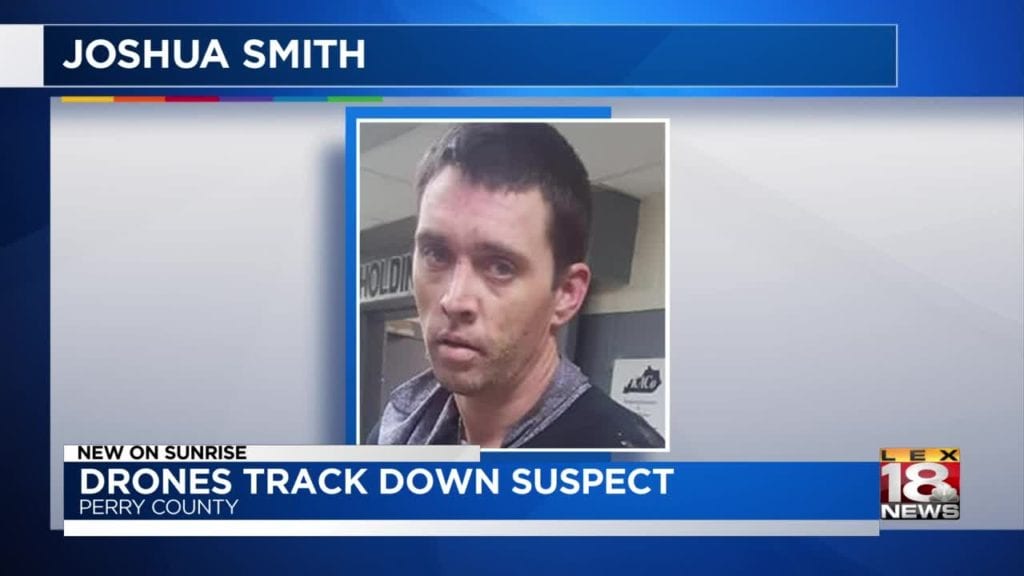 Hazard police arrested 39-year-old Joshua Smith after using drones to track him down.

Police say they were called to investigate a report of a suspicious person behind businesses near the Kentucky Highway 15 bypass.

Officials said when police approached the man, later identified as Smith, he ran. A chase ensued and both the officer and suspect fell running down a hill.

Authorities said the officer was injured, but Smith ran off.

That’s when deputies with the Perry County Sheriff’s Office brought in drones. Shortly after the drones were deployed, officers were able to spot Smith and take him into custody.