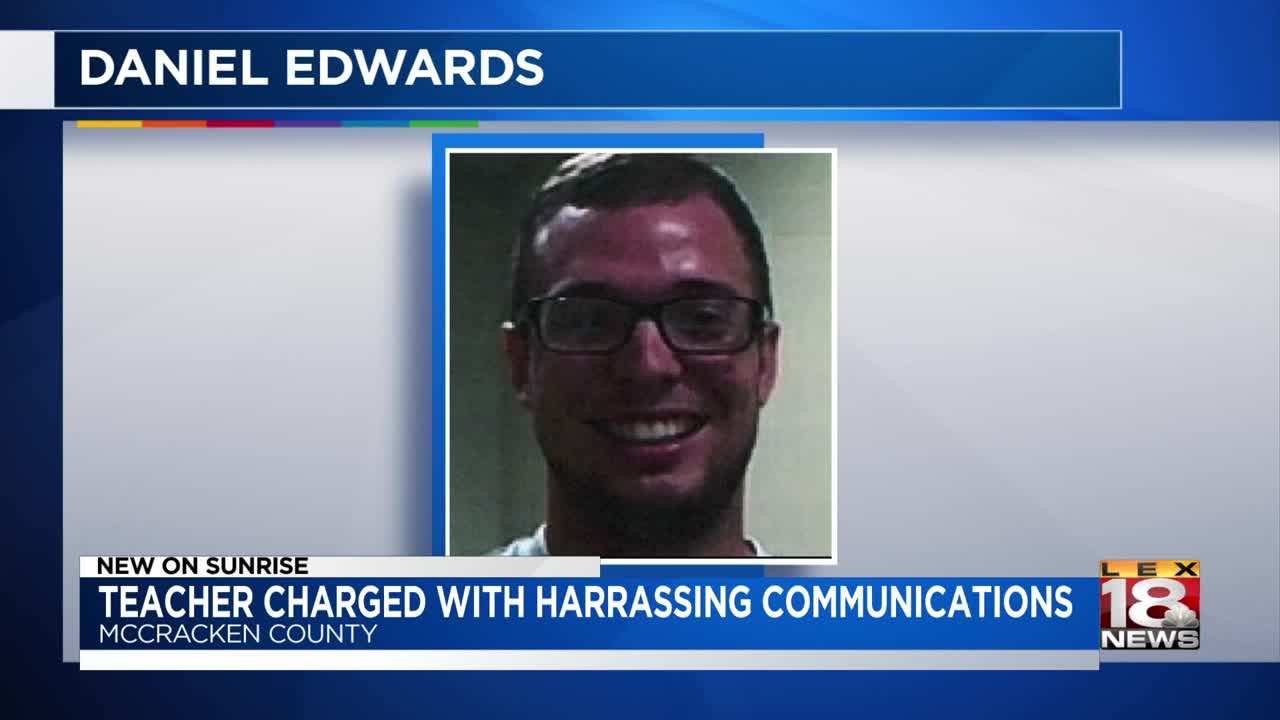 McCRACKEN COUNTY, Ky. (LEX 18) — After investigating for more than two weeks, police have filed a criminal charge against a McCracken County High School teacher and coach accused of inappropriate communication with a student.

According to the Sheriff’s Office, Edwards is accused of asking a student to send him a nude photo last summer.

McCracken County Public Schools issued a statement after the charge was announced, saying Edwards has been suspended with pay.

The school system also is launching its own internal investigation into the issue.