Teachers Line Up Outside Capitol to Protest, HB 525 Passes Committee

FRANKFORT, Ky. (LEX 18)- Despite teachers showing up to voice their opposition, HB 525 has passed the House committee with a vote of 11-5.

KY United 120 called for a sickout in advance of the committee vote on HB 525, which would change the general administration and management of the Teachers’ Retirement System Board of Trustees.

Teachers say they aren’t only upset about HB 525, but they feel their work as teachers is not valued in the Commonwealth.

Fayette, Jefferson, and Madison counties were among the largest counties to call off school Thursday.

Attorney General Andy Beshear came outside to speak with teachers. The Democrat gubernatorial has been outspoken on the pension bill situation and has frequently locked horns with Governor Matt Bevin. 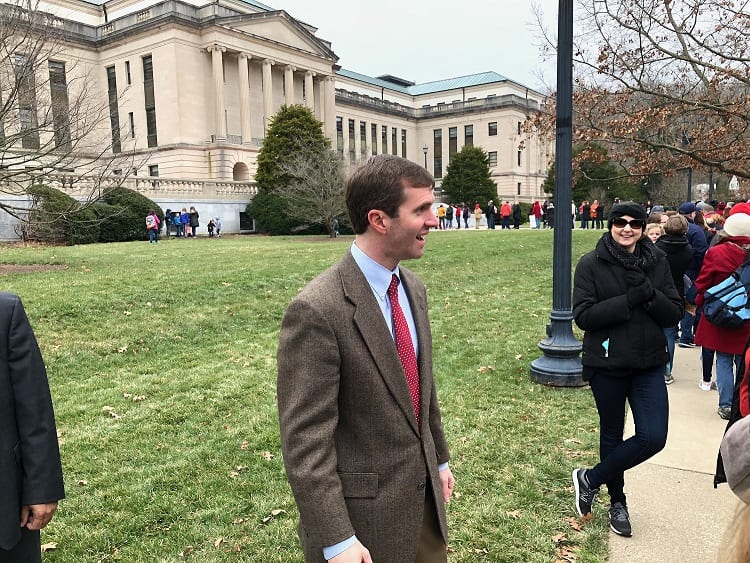 Teachers protesting in Frankfort today. They’re saying no to House Bill 525, but they say it’s also much more than that. They feel education is under attack in Kentucky. @LEX18News pic.twitter.com/rUGvRnFbIx

Inside, lawmakers who had some questions about the bill still pushed the bill through with hopes that changes could be made to it during the session.