4 Charged With Abuse In Elliott Co. 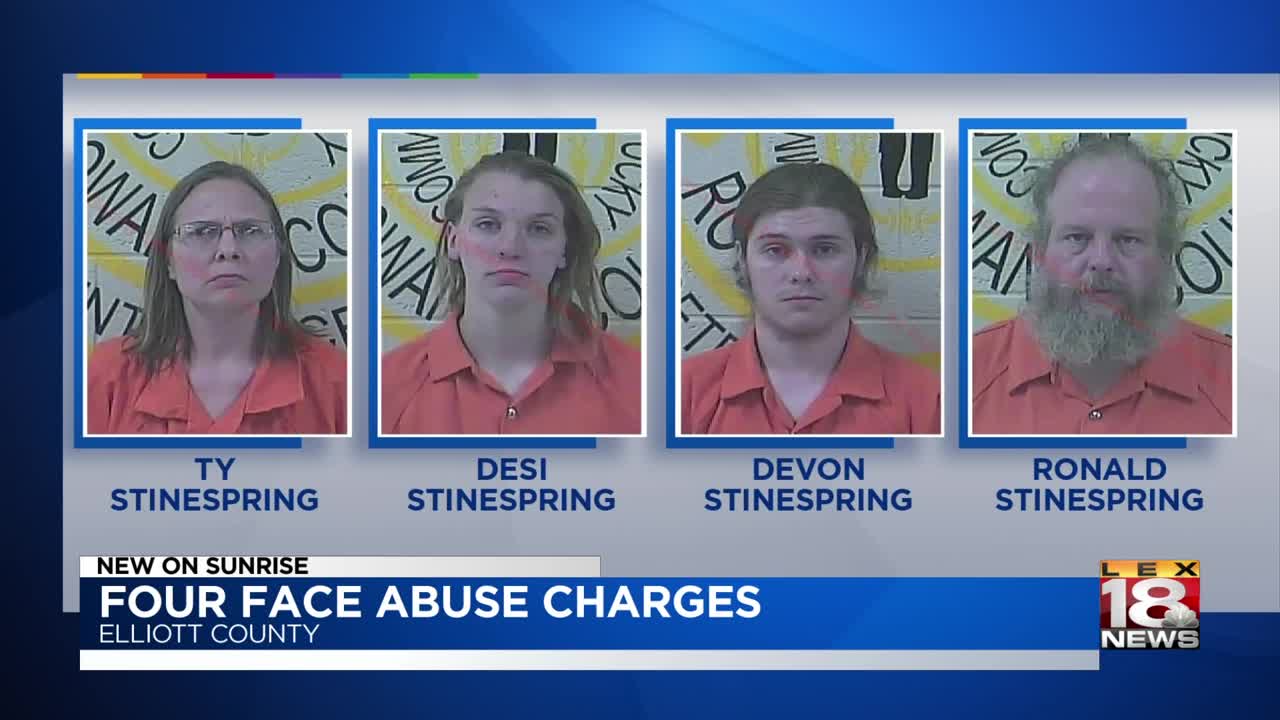 According to the Kentucky State Police, the case came to light after a young girl showed up at an Elliott County home.

An investigation showed the girl had been held at a remote home on Lytten Fork Road and then left in the middle of the night.

State troopers, sheriff’s deputies and Kentucky Fish and Wildlife officers went to that home, where they arrested Ronald, Devon, Desi and Ty Stinespring.

The others face charges of complicity to commit abuse.