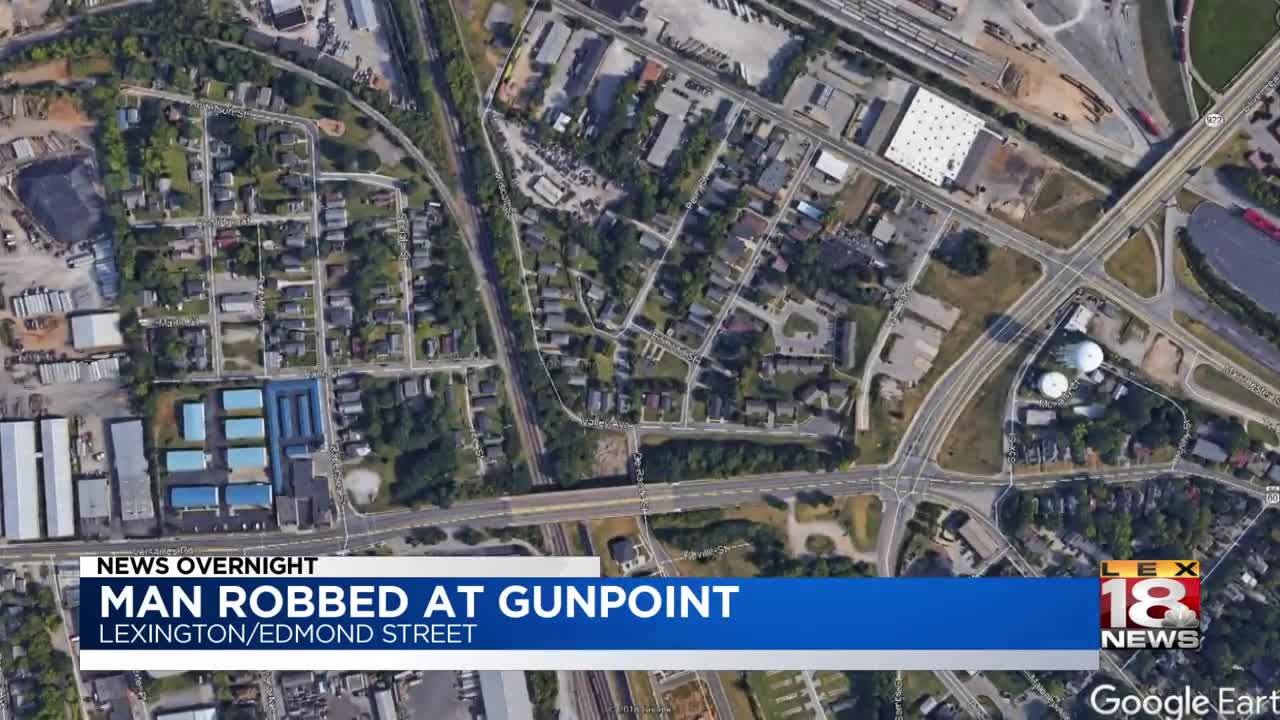 LEXINGTON, Ky. (LEX 18) — Lexington police were investigating after a man reported being robbed at gunpoint early Saturday morning while sitting in his vehicle.

The man told authorities he was sitting in a vehicle just after midnight along Edmond Street, a residential area between Manchester and High streets.

The man said he was waiting for a friend when two men approached.

The man told police one of the assailants held a shotgun on him while the other stole his wallet and backpack.

The pair then fled on foot.

Police said no one was injured.

Officials are asking anyone with information about the robbery to call police.