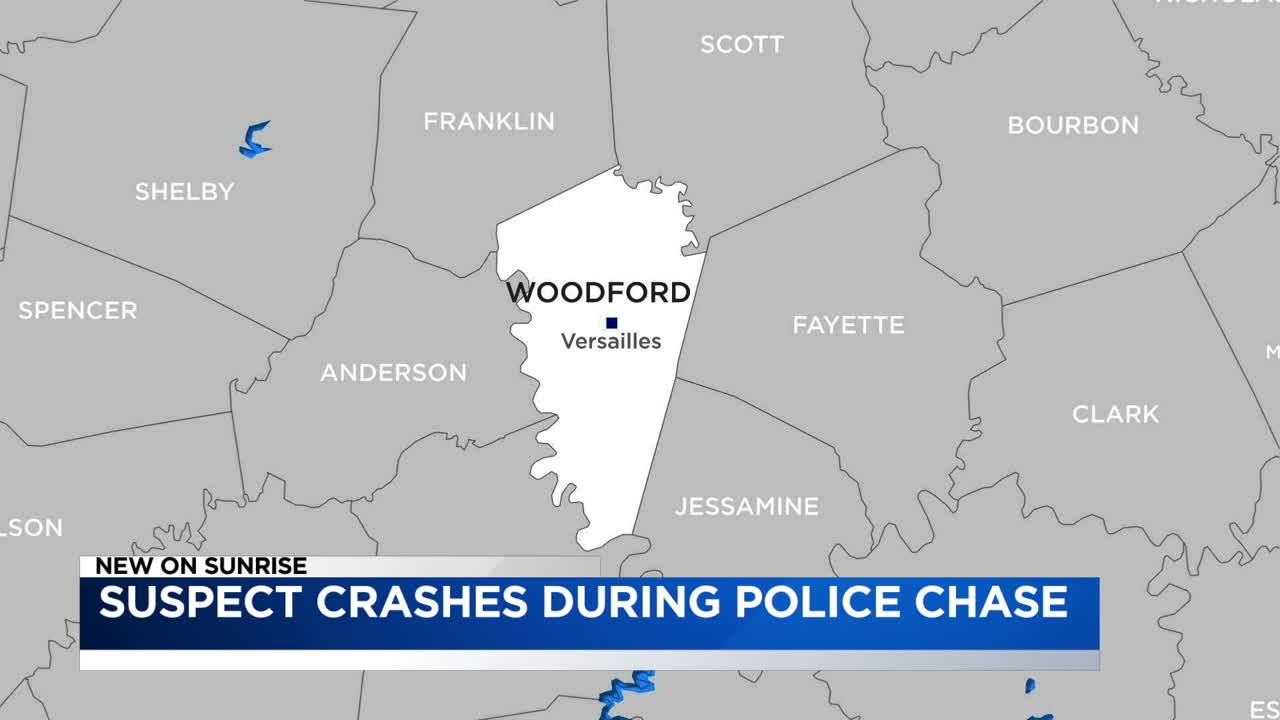 WOODFORD COUNTY, Ky. (LEX 18) — A police chase that began in Mercer County ended with a suspect crashing in Woodford County.

Authorities said Jaymes Miller of Lexington was taken to the University of Kentucky Medical Center and faces multiple charges after treatment.

Officials said the incident began when a Mercer County Sheriff’s captain tried to pull over a vehicle Friday night for traffic and equipment violations. The driver headed eastward on the Bluegrass Parkway.

The vehicle continued into Woodford County, where it crashed at exit 33.

Police reportedly found a gun and suspected methamphetamine in the vehicle.