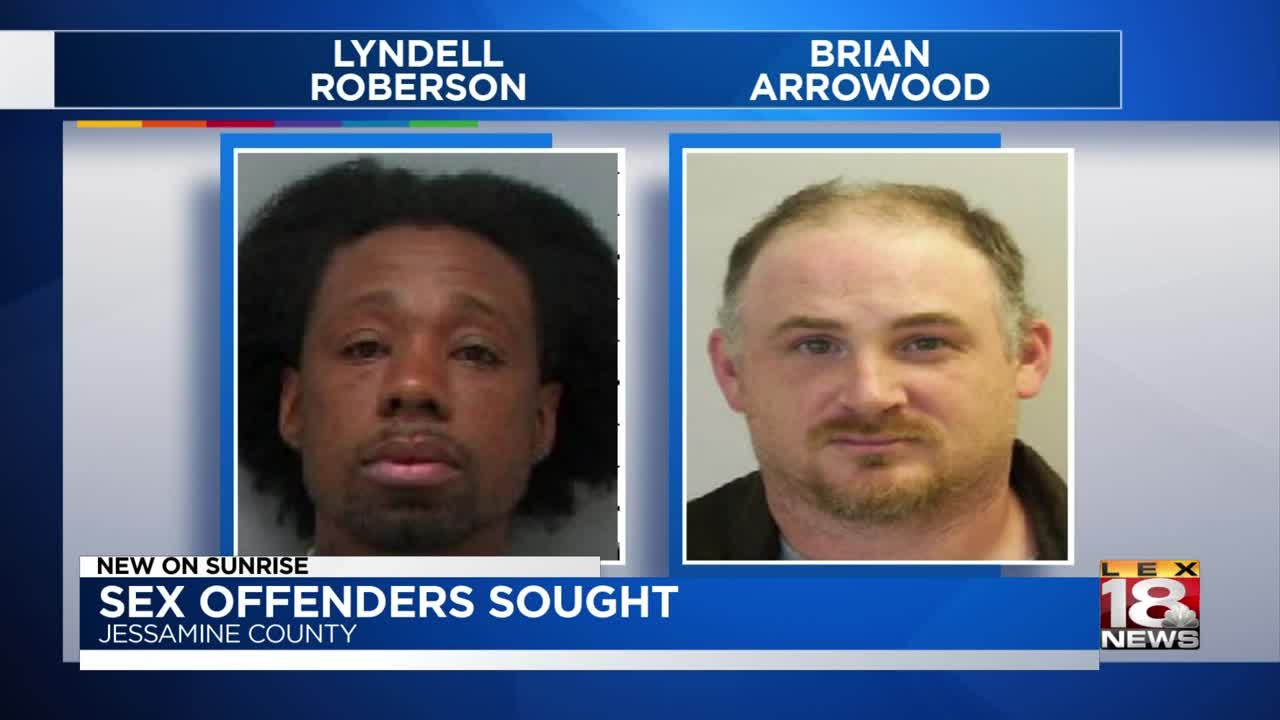 JESSAMINE COUNTY, Ky. (LEX 18) — The Jessamine County Sheriff’s Department is asking the public’s help in tracking down two sex offenders who have fallen off the radar.

Arrowood was convicted in Florida of unlawful sexual activity with a 16-year-old.

Roberson was convicted in Illinois of unlawful restraint of a 12-year-old.

Both were believed to be staying in Jessamine County.

The sheriff’s office asks anyone with information about the men’s whereabouts to call 859-885-4139.