LEXINGTON, Ky. (LEX 18)– It’s been a week since the horrific attack in New Zealand and mosques across the country decided to open their doors and invite their communities in, rather than let a hateful attacker force them to be afraid.

Osama Abdl-Haleem, the Vice President of Masjid Bilal Mosque, told LEX 18 that the invitation was a statement that they will not quiver in the face of hate and bigotry.

During his sermon Friday, Abdl-Haleem made it a point not to mention the New Zealand gunman’s name, saying he doesn’t want to give him the notoriety. He said that the attacker’s intended message has backfired.

“What this man proved to the world, as terrible as he did it, is that you can walk into a Masjid,  any given Masjid, any given Friday, and find these people gathered together,” he said.

Friday is the holiest day of the week in Islam, and this Friday, the congregation in Lexington got a little bigger.

“There really is a sense of danger, but I think it’s important, it’s going to what’s in the spirit of what’s at the core of Islam and in their communities,” said Transylvania University professor Kremena Todorova.

Abdl-Haleem said hospitality is at the core of Islam and it was on display in New Zealand when the first victim, Haji Dauoud-Nabi, greeted the gunman with the words “hello brother.” Those words were his last. The congregants said that the most fitting way to honor Dauoud-Nabi is to continue to welcome others. 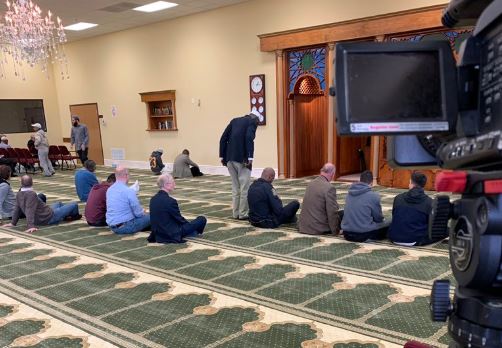