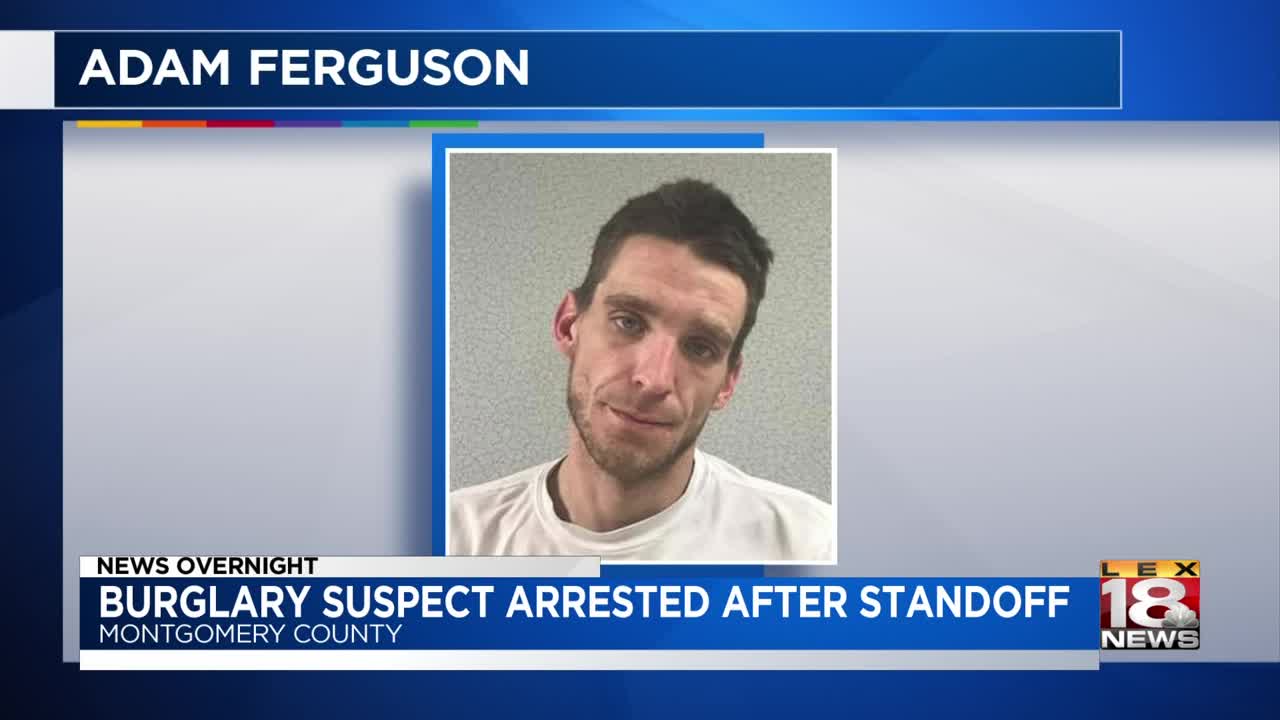 MONTGOMERY COUNTY, Ky. (LEX 18) — A standoff Friday night between police and a man suspected in several break-ins ended without injury.

Police in Montgomery County began searching for Adam Ferguson on Friday after they say he eluded officers who tried to arrest him for burglary.

Late Friday, deputies caught up with Ferguson as he allegedly tried to burglarize another home.

The Montgomery County Sheriff’s Department said as deputies closed in, Ferguson barricaded himself inside with a weapon.

He was later arrested without incident, police said.

Ferguson was facing three counts of burglary and more charges were pending.