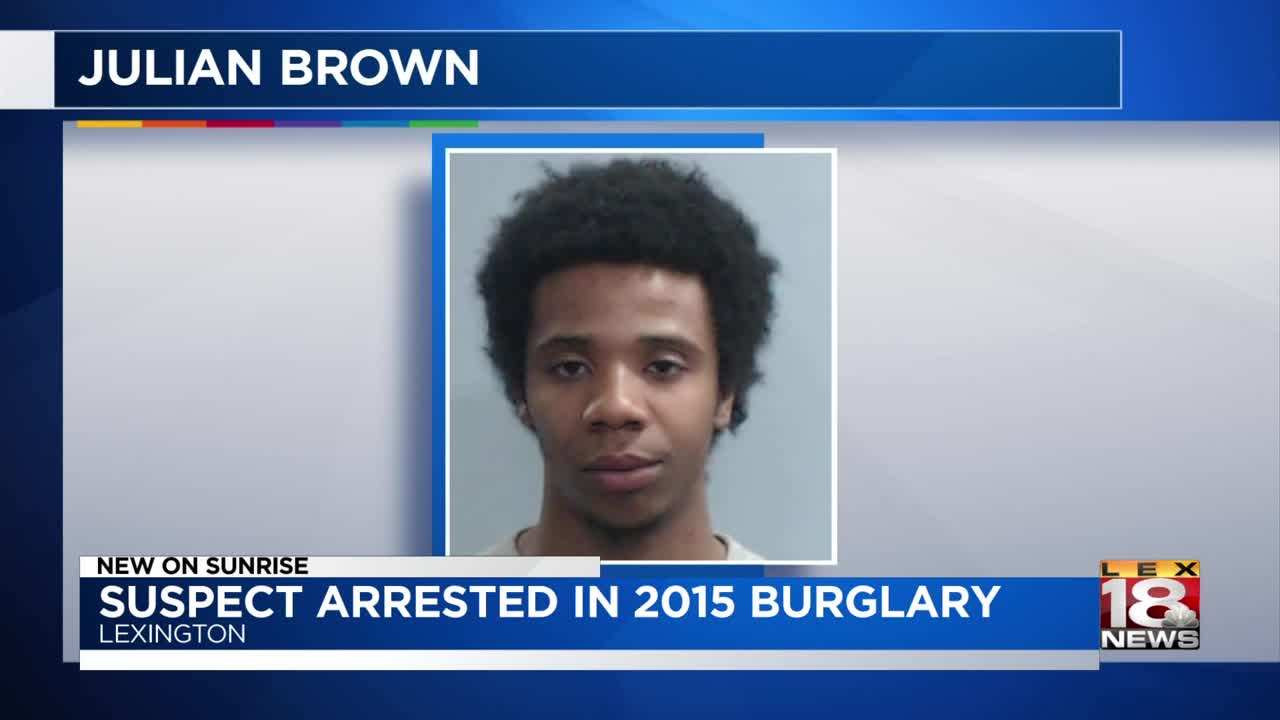 LEXINGTON, Ky. (LEX 18) — More than three years after a break-in at a home on Shannon Court, Lexington police have arrested a suspect in the case.

Authorities charged 22-year-old Julian Brown in a case that dates back to August 2015.

At that time, residents reported that someone broke through a window to get inside their home and stole electronics and shoes.

Police were able to get fingerprints from the window, but there were no matches in the database.

Fast forward to this past December when police were alerted to new matches.

Based on the new information, Brown was arrested on a charge of second-degree burglary.

Other prints pointed to a second suspect, who was a juvenile at the time of the crime.

That case has been referred to the court-designated workers office.