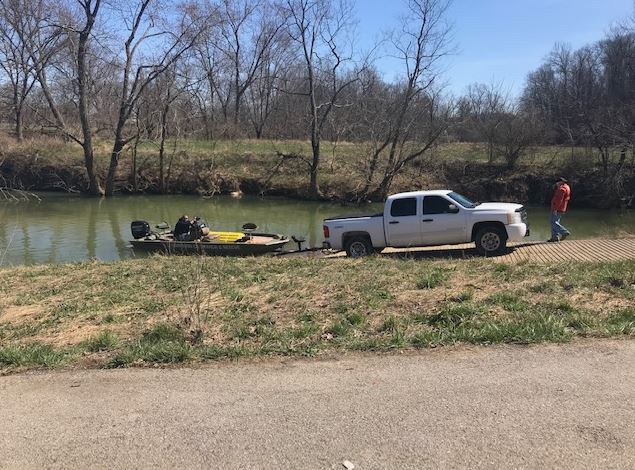 HARRISON COUNTY, Ky. (LEX 18) – Authorities were on the scene in Harrison County on Wednesday after reports that a body had been found in South Fork Licking River.

Few details were available and officials have not identified the victim. Officials tell LEX 18 that the body was found three miles upstream from the Robinson Dam.

The body has been removed from the water and has been taken to the state medical examiner for an autopsy.

Earlier this month, however, the father of a missing Cynthiana man raised a reward to $25,000 for information about his son, who was last seen in the area late last year.

Kelly Hudgins, 39, was last seen in mid-November. He was reportedly walking down Waterworks Avenue and was last seen around the Terry Dam area near the guardrail.

Multiple search crews have attempted to find Hudgins on parts of the South Licking River, but to no avail.

“That’s the trouble with the people that’s involved with my son who is missing, they’re lying!” Hudgins told LEX 18. “They can write me a letter, they can telephone me, or they can draw me a map where my son’s at. I’ll go find him.”