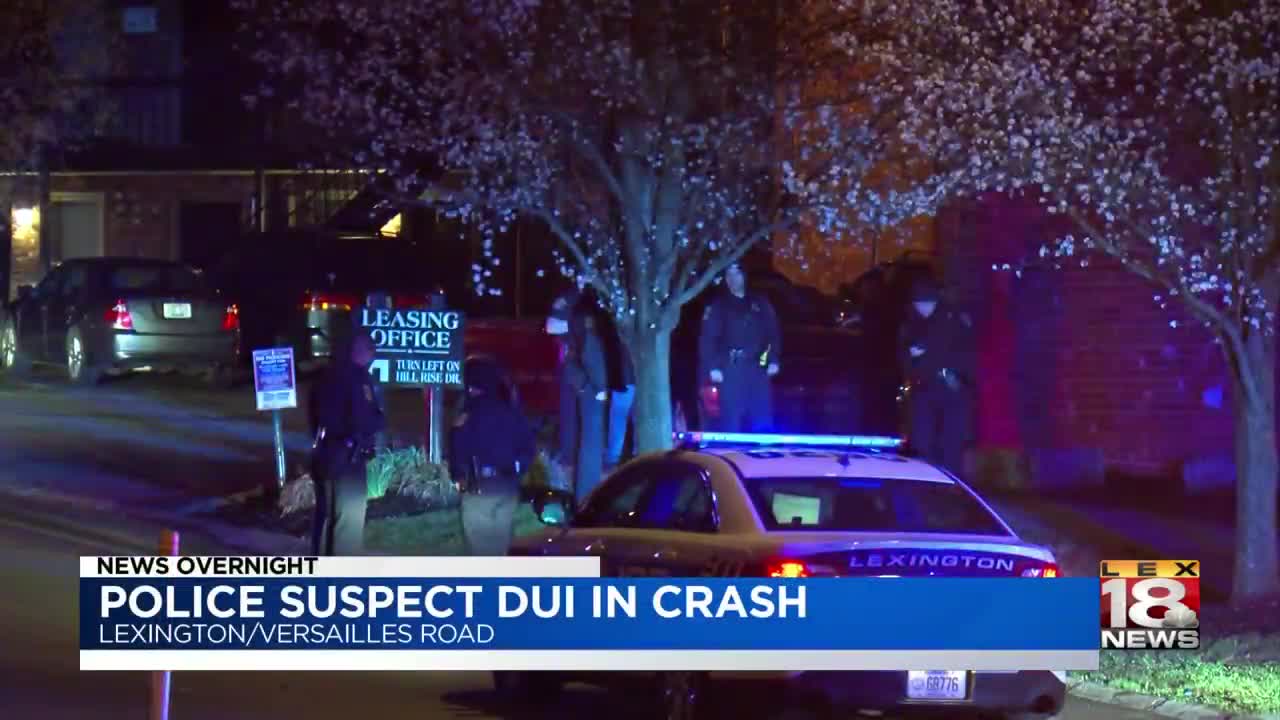 LEXINGTON, Ky. (LEX 18) — Lexington police took a driver into custody on suspicion of driving under the influence early Sunday morning after a wreck.

Police said the vehicle veered into a yard, then narrowly missed several cars and utility poles along the way.

The vehicle finally stopped after clipping a tree.

Police took the driver, whose name was not immediately released, into custody on suspicion of driving under the influence.