Jefferson, Bullitt and Oldham County Schools have received subpoenas, multiple sources tell LEX 18. The officials, who did not want to be named, say the subpoenas deal with teacher absences during the sickouts.

Officials from all three schools later confirmed the news. (Read the entire subpoena sent to Jefferson County Public Schools attached at the end of this article.)

In previous months, Education Commissioner Wayne Lewis had asked for the names of teachers who called out sick during protests at the state capitol.

2.) Any and all affidavits or certificates of a reputable physician stating that the employee was ill or caring for an ill family member on the days the employee called in sick, as required by KRS 161.155 for the granting of any sick leave; and

3.) Documentation of the district’s policies, procedures, and/or protocols for collecting sick leave affidavits or certifications and verifying qualification for the granting of sick leave.

Lewis told JCPS that if they turned over the names, the teachers would not be punished if the protests stopped. He did state that the Labor Cabinet could also take action with fines. 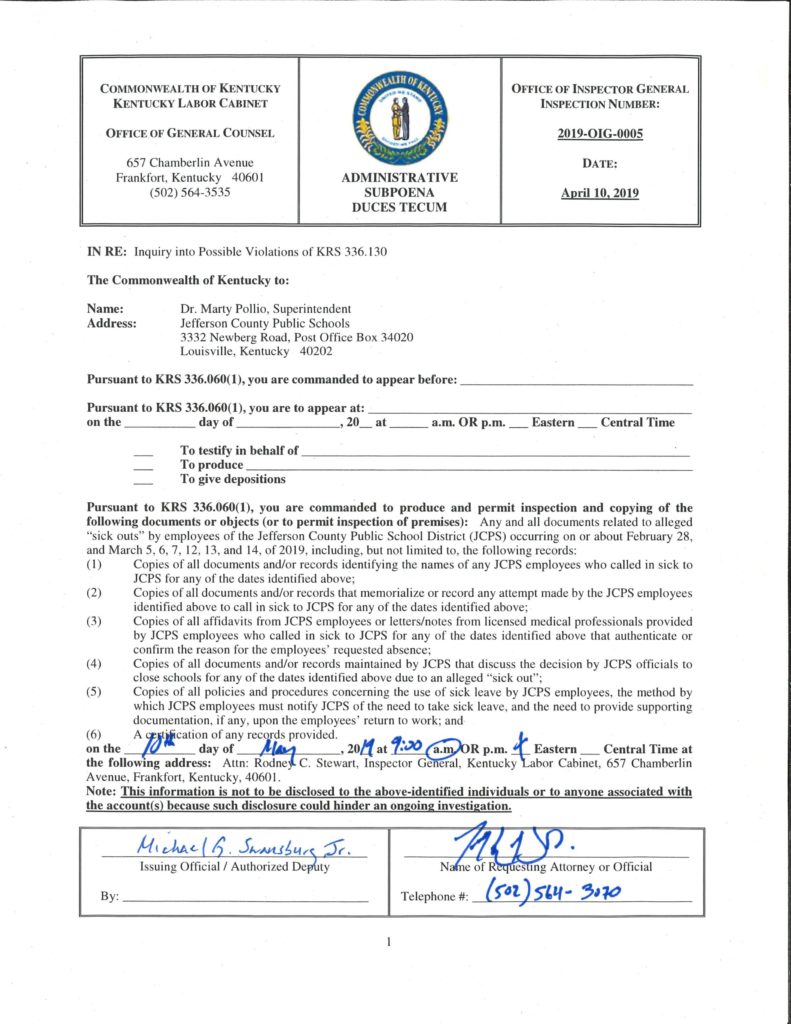