MADISON COUNTY, Ky. (LEX 18)– A Berea Council member is fighting back after being body shamed.

Berea Council member Emily Ladouceur didn’t think anything about throwing on a pair of leggings to give a tour to elementary school students. When a photo of her outfit was shared on a Facebook page, she learned that the comments weren’t about her volunteer work, but instead about her size and what she was wearing.

“It’s not a great feeling walking into a space where you’ve earned your seat at the table, and what people are thinking about is what you are wearing, not what’s in your heart and mind and what you have to put on the table,” she said.

The comments made her feel insecure, but some Berea residents, like Sierra Marling, weren’t about to stand by as someone was attacked online. Now, there’s a movement called #BereaWearsLeggings.

Dozens of men and women have been rallying together and posting photos of themselves in leggings.

“You can’t let the wrongdoings keep happening, if you stand in the face of adversity and you stand down because it’s too hard, you’re letting the bad things happen, and here in Berea, we don’t let bad things happen to our neighbors,” said Marling.

A group showed up at the following City Council meeting on April 16 wearing leggings. Local businesses even got behind the movement, offering discounts on their leggings.

“Whenever somebody gets knocked down, we turn it around and make it a positive,” said Ladouceur.

LEX 18 tried reaching out to members of the Facebook page who made the negative comments, but we never heard back from them. 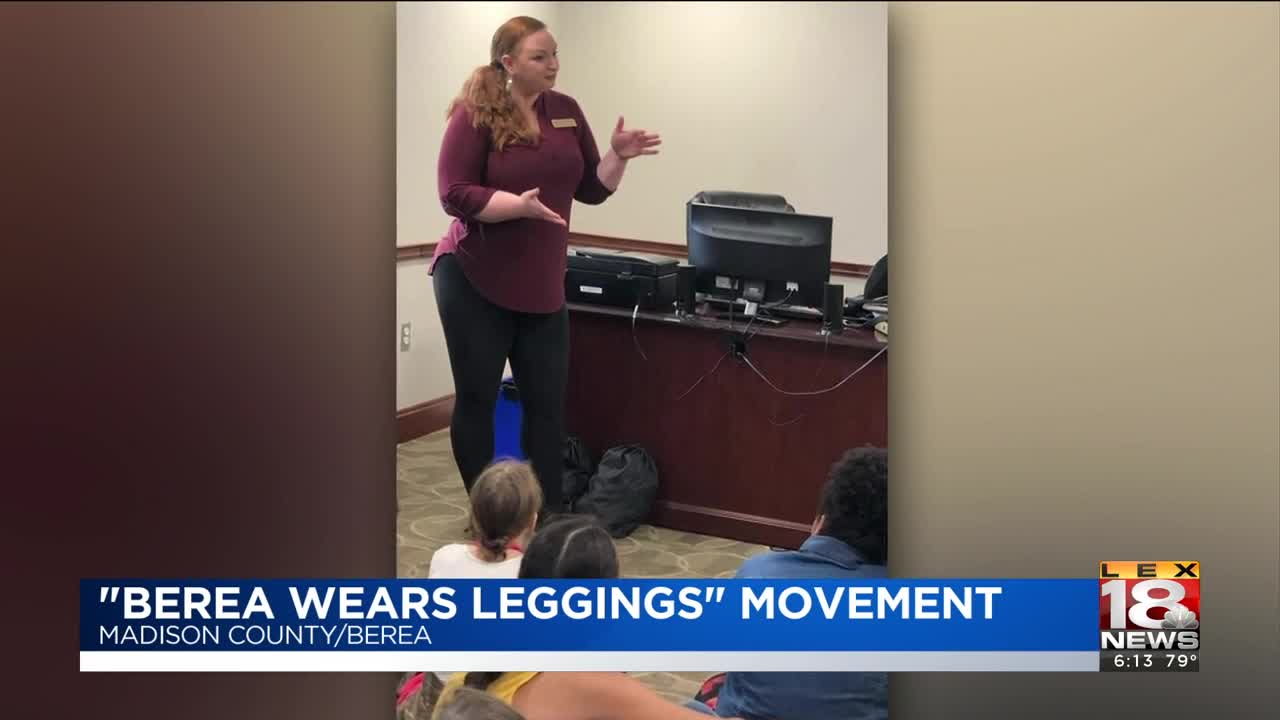