TAYLOR COUNTY, Ky. (LEX 18)– A reward is being offered in the case of an 87-year-old Campbellsville man missing since April 2.

Law enforcement said that they have a few clues in the disappearance of Delmar Thomas “Tom” Curry. They are now asking people to check their property and send in tips in hopes of finding him.

His neighbors tell LEX 18 that they immediately knew something wasn’t right when they saw Curry’s front porch light was left on.

“My wife got up, she looked over and all the lights were on, I went over to the house and the front door, the storm door was unlocked and the main door was open,” said neighbor Donald Skaggs.

Neighbors say that Curry never goes anywhere without his glasses and hat, but those and his shoes were found inside his home on Smith Ridge Road.

Campbellsville Fire Chief Chris Taylor said that they are pouring all of the resources they have into searching for Curry, from ground searches to K9s, to drones and helicopters.

“All we know is he’s just not in his house, he’s not in any of his barns or any structures around, so it’s just highly unusual,” said Taylor.

Curry lived alone and he did not drive. His neighbors cooked dinner for him several nights a week and now they’re praying they haven’t done so for the last time.

Curry’s family is offering a $1,000 reward for information that leads to the arrest and conviction of anyone involved in his disappearance. 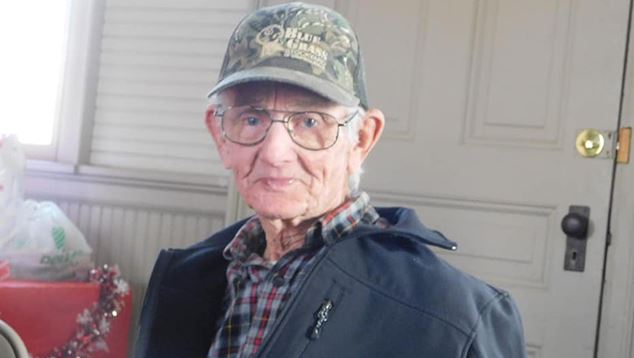