LAUREL COUNTY, Ky. (LEX 18)– Laurel County deputies say that they found a knife-loaded booby trap on the porch of a man who allegedly waved a knife at neighbors Wednesday.

Deputies say they were called out to Cole Road around 6 p.m. after a complaint about Raymond Jackson, 56. While there, they say they found a sheet of plywood pierced with several knives, rigged to swing downward.

“It was ready. It was triggered when you pull a cord to come flying down and we can only assume that it would harm someone seriously or kill someone,” said Gilbert Acciardo with the Laurel County Sheriff’s Office.

Jackson reportedly told deputies that the booby trap was there when he bought the home several years ago and he didn’t know how to remove it.

He is charged with possession of a booby trap. 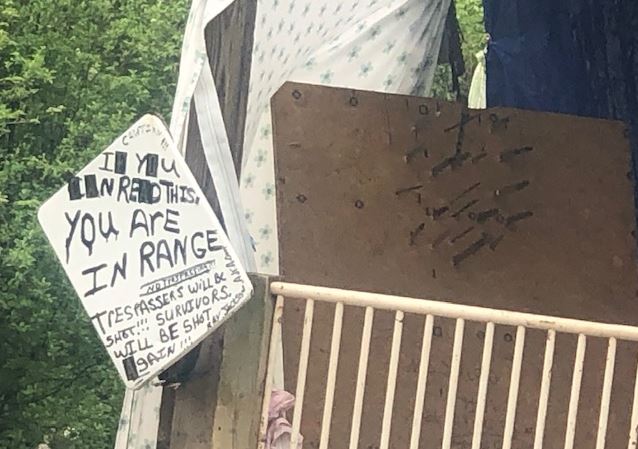