Man Charged With Attempted Murder Of Officers, Holding Woman Against Her Will 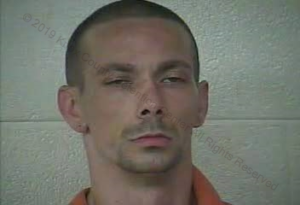 KNOX COUNTY, Ky. (LEX 18) – A Knox County man was arrested for allegedly holding a woman against her will and nearly striking a police officer, officials say.

According to documents, deputies received a report of a female being held against her will in a white 2016 Chevy Malibu. Officers found the vehicle in a driveway at a home on HWY 2417 in Corbin.

Officials say the vehicle quickly pulled out of the driveway nearly striking one of the patrol cars. The deputies activated their emergency equipment but the vehicle accelerated to a high rate of speed and refused to stop. The lengthy chase lasted nearly an hour on numerous back roads in the Gray area of Knox County, the Lily, and Keavy areas of Laurel County, into the Gordon Hill and south areas of Corbin.

Officers from Corbin police and the Laurel County Sheriff’s office managed to deploy a tire deflation device. Unfortunately, the vehicle managed to avoid the spikes and nearly struck the two deputies.

Corbin Police Department Officers successfully deployed a second tire deflation device on Bacon Creek Road near the Cumberland Falls Highway. Police say the driver drove for a bit on the flat tires and then jumped out and fled on foot across a creek and into the woods.

Officers identified the driver of the Malibu as Joshua K Grigsby. The female victim and a passenger in the car remained inside the vehicle.

Grigsby was apprehended a short time later and was charged with Unlawful Imprisonment, Attempted Murder-Police Officer (5 counts), Wanton Endangerment-1st Degree (10 counts), Fleeing or Evading Police (2 counts), Operating a Motor Vehicle Under the Influence-drugs, Speeding-25 mph over the limit and numerous other traffic charges.

A passenger in the vehicle, Tyler Williams, 33, was arrested and charged with resisting arrest after he refused to exit the vehicle.

The female victim also made allegations of rape and those are currently being investigated. Additional charges could be pending.