KNOX COUNTY, Ky. (LEX 18) — Two of the three people charged in a kidnapping and sex trafficking case were in a Knox County courtroom Tuesday.

Within seconds, the defense waived its right to a preliminary hearing and now a Knox County grand jury will be presented with the evidence.

Tiffany Cheek and Michael Nason are likely to remain in custody while a grand jury convenes. The two, along with Carl Hickman, of Ohio, were charged with kidnapping after allegedly showing phony paperwork concerning custody in order to lure the 16-year-old girl away.

Nason has been charged with rape in the case. Cincinnati police found him in the back of the U-Haul with the juvenile.

Hickman is facing extradition to Kentucky.

Knox County Sheriff Mike Smith tells LEX 18 that the victim, who will not be named, is seeking treatment and counseling. He said she is doing “OK.”

“We feel confident in our case. We’ve processed the evidence at this point and taken it to Frankfort for analysis and so forth,” he said.

The Commonwealth’s Attorney argued that there be no bail in the case, but the judge allowed for a $100,000 full cash bail for both Cheek and Nason. 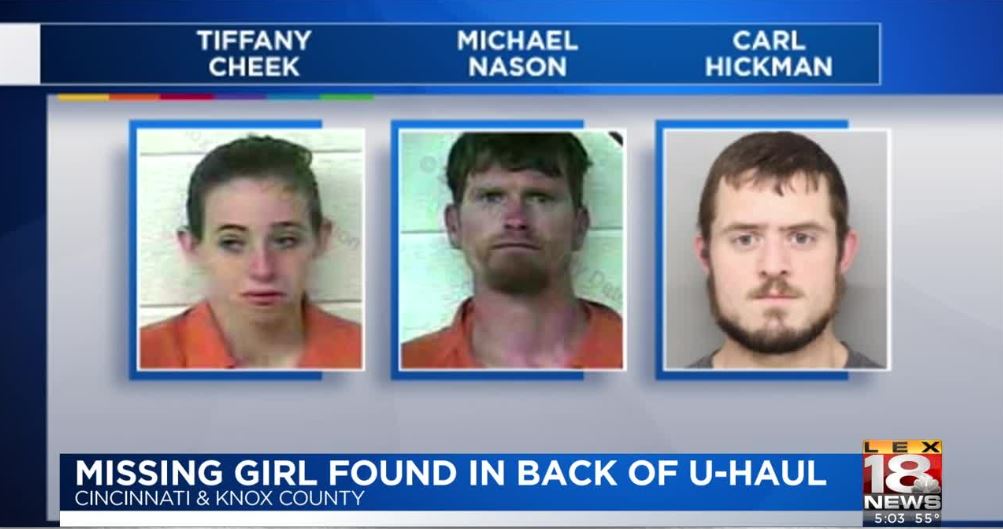