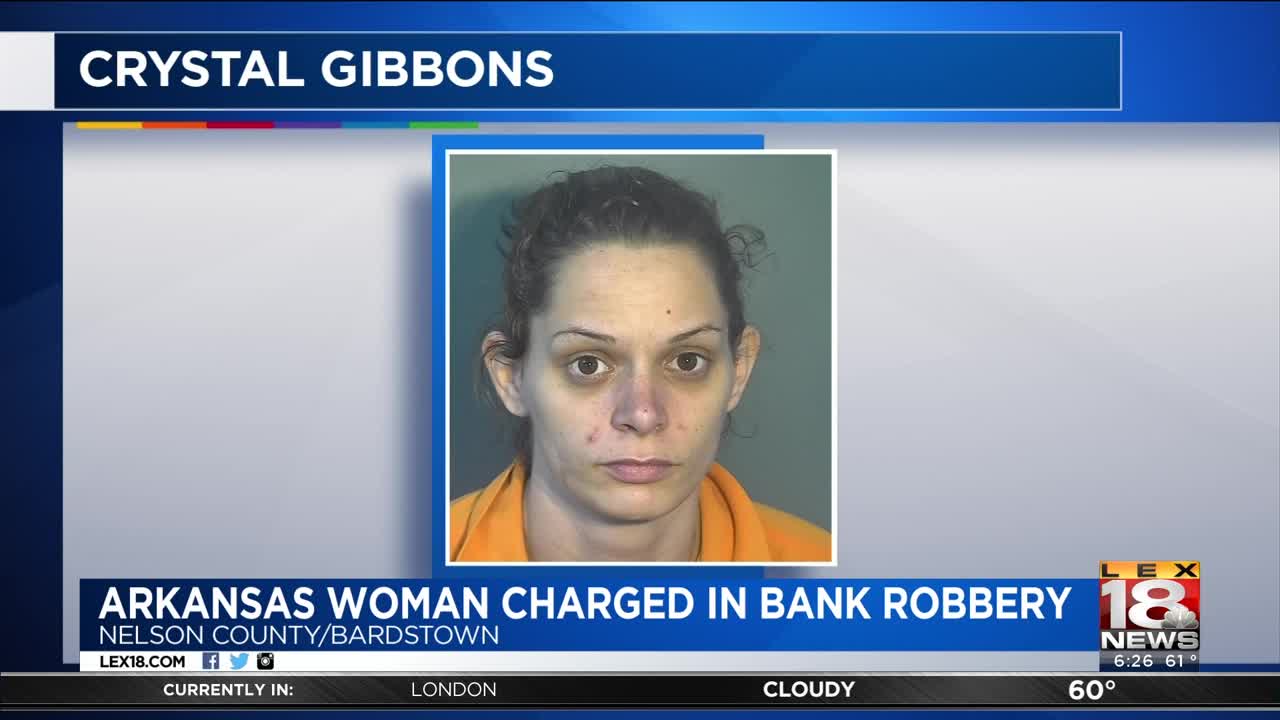 BARDSTOWN, Ky. (LEX 18) — An Arkansas woman was arrested after being accused of robbing a Bardstown bank Friday afternoon.

Police got the call of a robbery in progress at Wilson and Muir Bank on Culpepper Street around 2 p.m.

Five minutes later, an officer patrolling the area spotted a vehicle and suspect that fit the description from witnesses.

She was being held in Nelson County Jail.