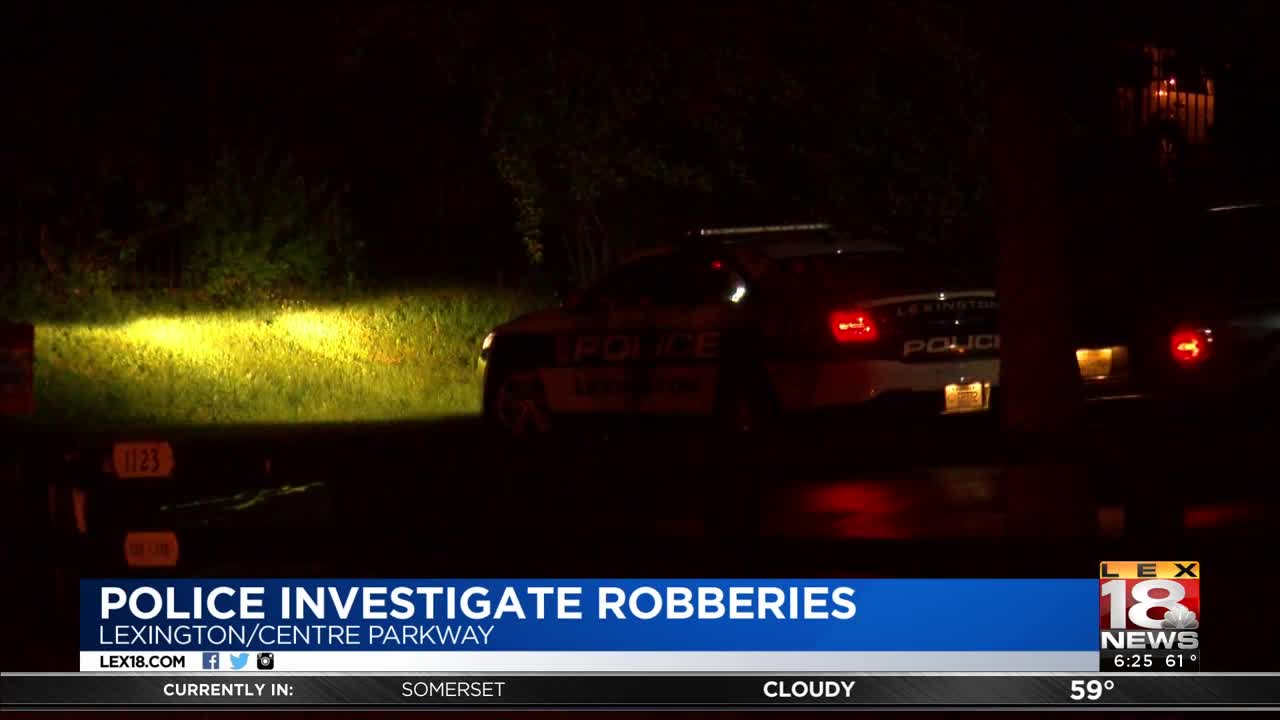 The first robbery was reported about 2:20 a.m. on Centre Parkway, near Tates Creek Elementary.

Police say a man and woman were in their apartment when the woman’s ex-boyfriend kicked in the door, brandished a knife and left with some of their personal items.

The man also was cut on a finger in the incident but did not go to the hospital.

Police are searching for the suspect.

The second robbery was reported at 3 a.m. at Oxford Circle off Versailles Road. In that case, police say two men told them someone pulled a gun on them as they returned home.

Police spotted the suspect and arrested him but he has not been identified.