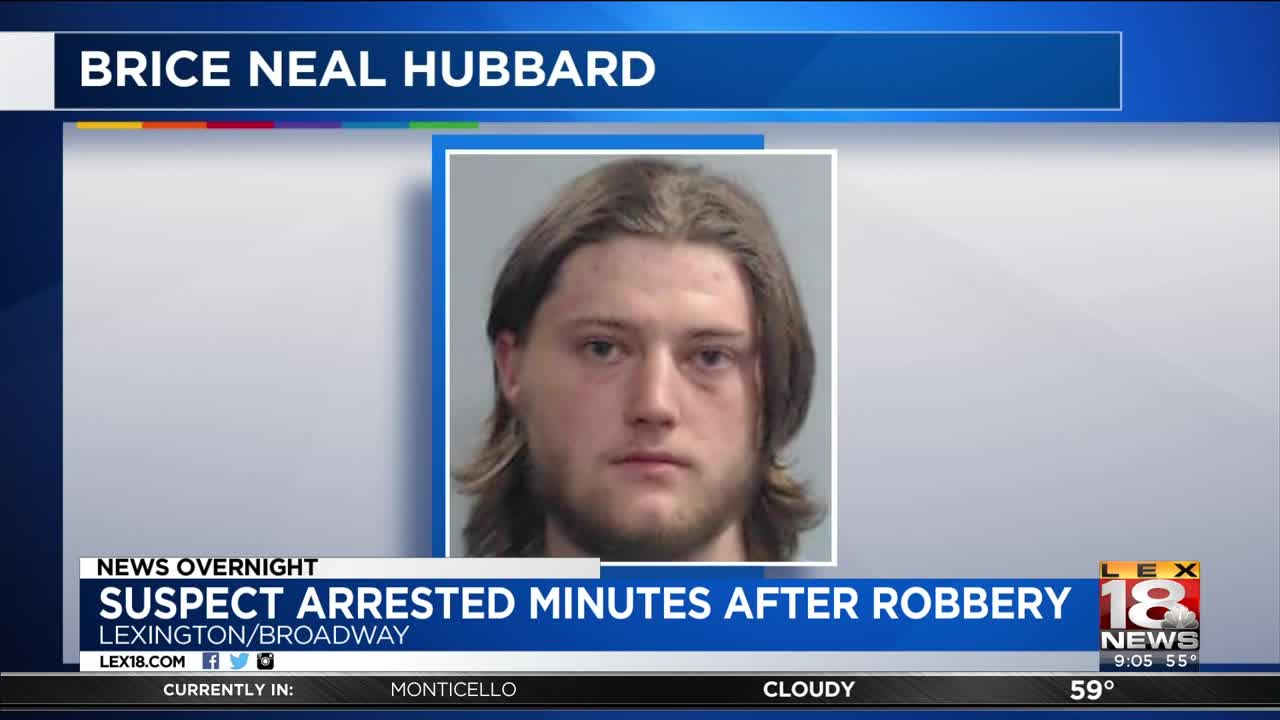 LEXINGTON, Ky. (LEX 18) — Lexington police said they caught up with a suspect at a local Waffle House after an armed robbery was reported early Sunday morning.

Authorities say a bouncer reported being robbed at gunpoint just after 4 a.m. outside of the Deja Vu club on New Circle Road.

Police said they tracked 21-year-old Brice Neal Hubbard to the Waffle House on North Broadway, where they took him into custody.

Hubbard was charged with first-degree robbery.