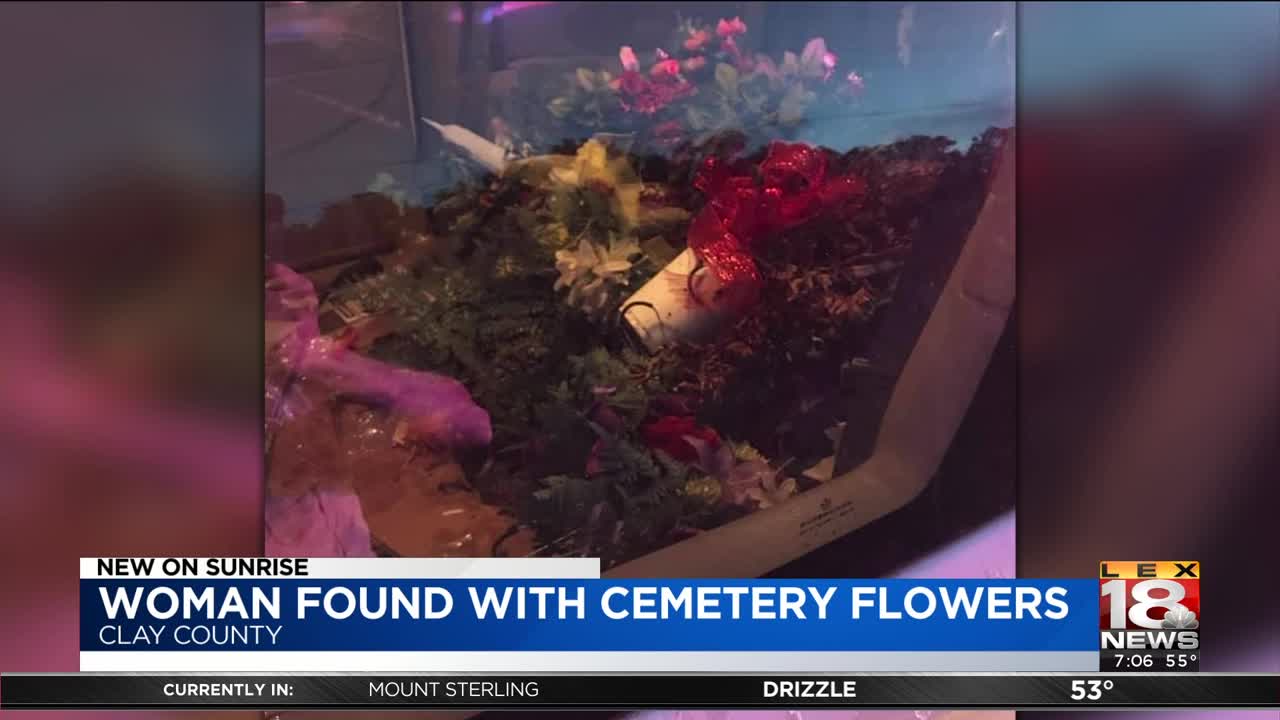 CLAY COUNTY, Ky. (LEX 18) — A Clay County woman is facing theft and other charges, after police say they found her with a van full of flowers taken from a local cemetery.

Authorities said a Clay County deputy pulled over a van driven by 54-year-old Roberta Lovins after allegedly witnessing her strike a brush pile.

Officials say the deputy noticed a large collection of flowers in the back of the vehicle. According to authorities, Lovins told the deputy she had permission to take them.

The deputy also determined Lovins was driving under the influence and had a small child in the vehicle who was unrestrained on the floorboards.

Lovins was charged with theft, DUI and other charges.