Kentucky Hemp Seeds To Be Studied In Space

CLARK COUNTY, KY (Lex 18) – Some are calling it the future of Kentucky agriculture, and now it’s no question hemp is firmly planted in the space age.

Kentucky hemp seeds arrived at the International Space Station Monday. The seeds were on board SpaceX 17, which launched out of Cape Canaveral early Sunday morning. 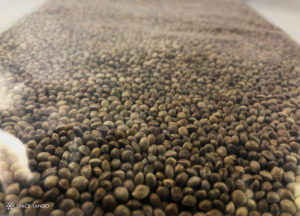 It was all organized by Lexington-based Space Tango, which partnered with Winchester-based Atalo Holdings and CBD retailer Anavii Market.

“This is the exact same seed that was sent up to the International Space Station,” said Bill Hilliard, CEO of Atalo Holdings.

The seeds are the foundation of Atalo’s CBD oils and other hemp-based products. Now they’re the focus of one of more than 250 scientific research investigations on the International Space Station.

“This is the first time the plant has ever left the planet,” said Kris Kimel, co-founder of Space Tango. “So, we’ll see what zero-g does to it.”

Space Tango has conducted similar experiments with other plants and organisms in zero gravity conditions in the past.

“We expect something will happen,” said Kimel. “It could very well be material changes that enhance the efficacy of the plant, and that could have a major impact on people’s lives, particularly in the biomedical area.”

“I think this is knowledge that can improve this plant for the benefit of a wide universe of people,” He said.

Hilliard said this project is more than a year in the making, but without the recent legalization of hemp on the federal level, it would’ve been a lot more complicated.

“We were working on it and had a lot more folks that were engaged in the effort, but it was made a lot easier by the passage of the Farm Bill.”

The seed will remain on the Space Station for five to six weeks before it comes back to earth. Atalo will study some seeds and plant others.

Several months from now, they’ll launch the next phase, which will include germinating the seed in space.