ANDERSON COUNTY, Ky. (The Anderson News/LEX 18)– A trial date has been set for a former Anderson County teacher accused of threatening a male student in 2017.

According to the Anderson News, 36-year-old Chrystal Graham was charged with second-degree disorderly conduct in the incident. Court documents say that she threatened to “cut off a student’s penis and shove it down his throat” following a kickball game on the last day of school in 2017.

Officials say she also “flipped off” one student and encouraged the class to get into a physical altercation with another faculty member at the school. 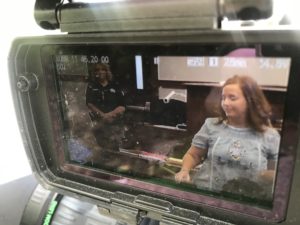 At least one student heard Graham tell the student to “get off my player or I’ll cut your [penis] off and shove it down your throat.”

Graham’s attorney pleaded not guilty on her behalf back in March.

She appeared in court Thursday where the judge set a trial date for Aug. 14. Neither Graham nor her attorney wanted to make a statement.