SCOTT COUNTY, Ky. (LEX 18)– A group of senior citizens in Georgetown received a special visitor from the Newport Aquarium Thursday.

The residents at Hometown Manor Assisted Living waited months for the experience to meet Blueberry the Penguin.

“So we’ve done yard sales, we’ve done a fall festival, and we’ve had a couple, just, donations from the community,” said Hometown Manor Executive Director Cassie Brueckbauer. “Because the residents were just so excited to have an animal, where they can’t get out to the aquarium all the time, we thought we could maybe bring the aquarium to them.”

Blueberry’s handlers talked to the residents about African penguins, an endangered species.

Crowe has seen penguins behind zoo walls, but he’s never been up close to one.

“It was a neat experience. They’re very gentle, they kinda like to be petted it seemed like,” said Crowe.

Even though Blueberry had to go home to Newport, the experience will stick with the people at Hometown Manor for a long time. 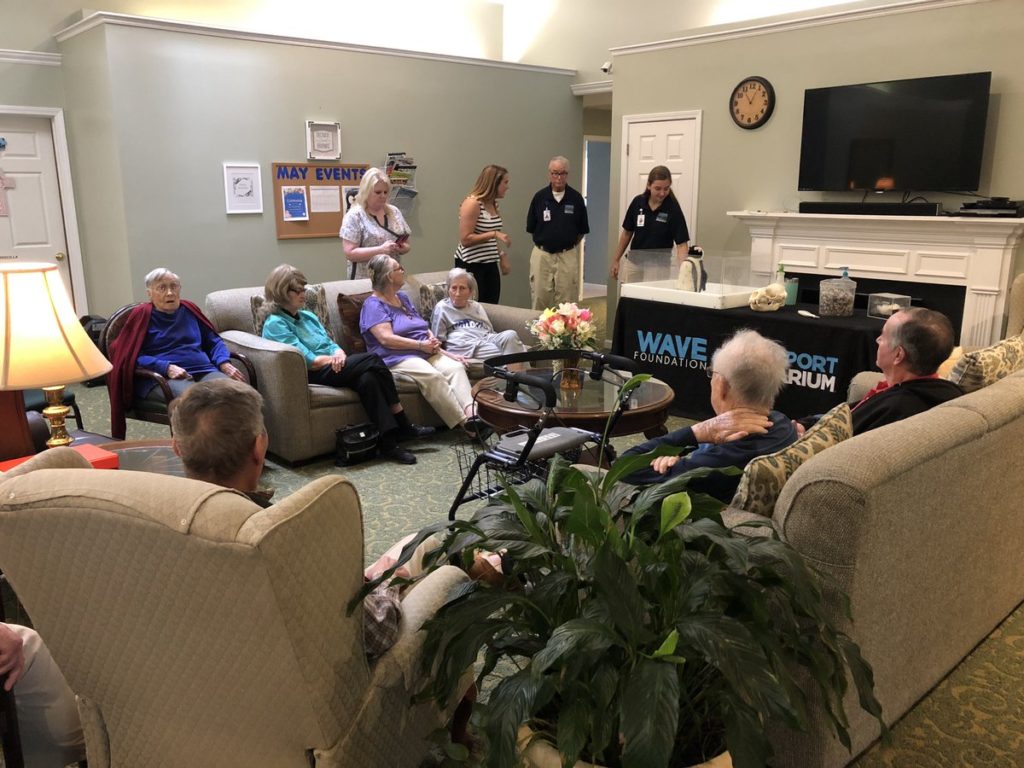