Three of the four men arrested in a two-day undercover predator sting in Frankfort are still facing charges.

The four men were facing multiple charges, including using an electronic device to induce a minor to engage in sexual or other prohibited activities.

The operation was conducted by the Cyber Crimes Unit for Attorney General Andy Beshear’s Office. 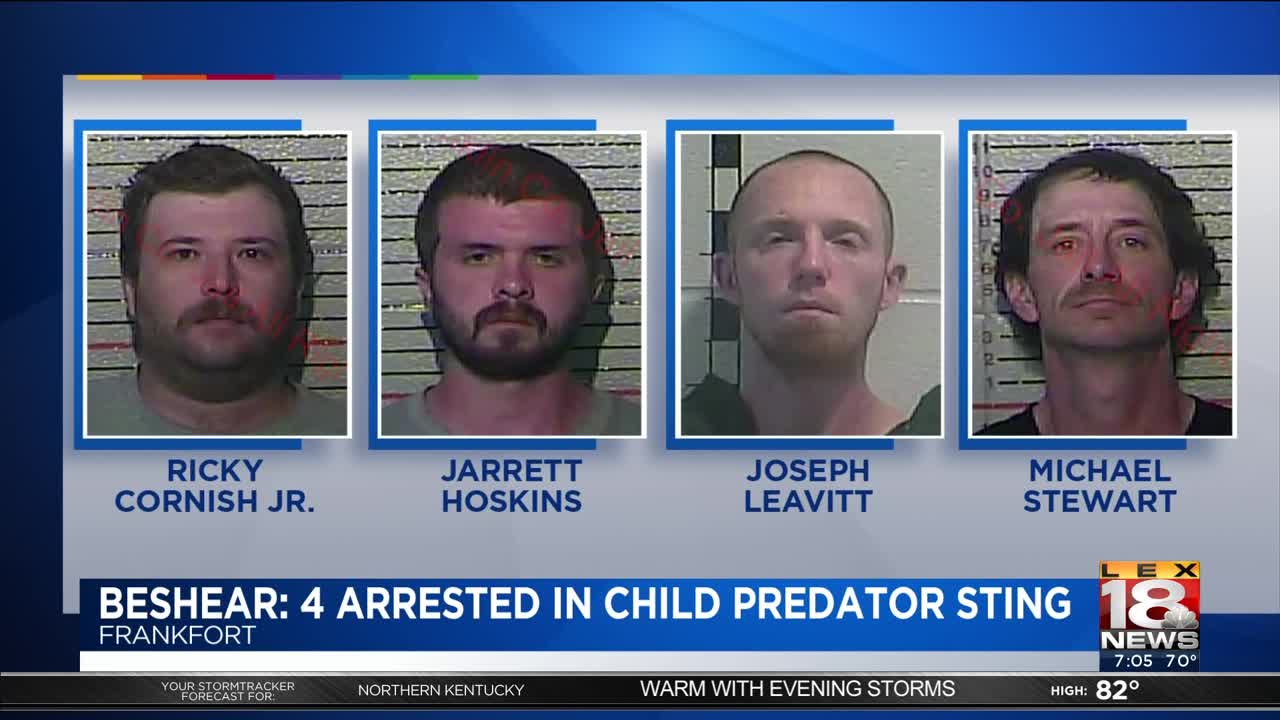