LEXINGTON, Ky. (LEX 18) — Lexington’s newest elementary school is being named after a Lexington hero, and a new mosaic will honor the school’s namesake.

Brenda Cowan was Lexington’s first African-American female firefighter. In 2004, she was shot and killed on the job while responding to a call of a man who had shot his wife then turned the gun on firefighters and police.

In February 2019, it was announced that the newest elementary school on Athens Boonesboro Road would be named after Cowan.

One way the new school is honoring Cowan’s life is a new mosaic that will soon hang in the school’s halls. The work on the mosaic began Saturday and is the brainchild of the Crossroads Go Local Project. Over a span of six hours, volunteers crafted the mosaic piece by piece.

“Watching everyone take a piece and add it to the final puzzle was really cool to see,” said Assistant Principal Jessica Greene.

The mosaic is about 90% complete, but now as they put the finishing touches on the project, they want to open it up to all of Lexington.

They hope that the mosaic instills pride and a sense of belonging in the students.

If you would like to help piece together the last of the mosaic, the community forum is Tuesday night from 5 to 8 p.m.at Crossroads at 4128 Todds Road.

They will also be announcing the school’s mascot, which you can vote for here. 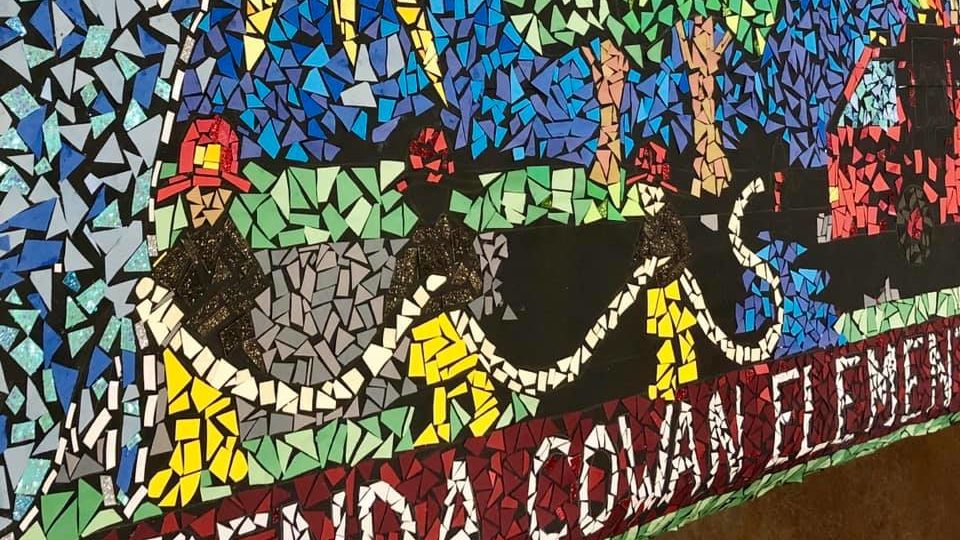